Today is the 580th anniversary of the death of John of Lancaster, Duke of Bedford (1389–1435), the third son of King Henry IV, and, after the death in 1422 of his eldest brother King Henry V, Regent of France and, when in England, of this realm also for King Henry VI.

Duke John kneels before St George, who wears the mantle and garter of the Order of the Garter.
The Duke's badge of a root forms the background to the border.
From the Bedford Book of Hours, circa 1423.
Image: Wikimedia

The Duke's Garter Plate at Windsor

Jenny Stratford's life of Duke John in the Oxford DNB can be read here. There is a short, illustrated, online account of him at  John of Lancaster, 1st Duke of Bedford


The Duke in close-up from the image shown above


An able soldier and administrator under both his father and brother he spent the years of his regency in actively pursuing the Lancastrian cause in France, winning the battle of Verneuil in 1424 - as I often point out to people this was the last major English military victory on the continent until Blenheim, almost exactly 280 years later to the day, in 1704. He was involved in keeping political peace at home with the feuds between his younger brother Humphrey Duke of Gloucester and their uncle Bishop, and later Cardinal, Beaufort, and between wavering allies in the Dukes of Brittany and Burgundy.  His death was a major blow to the English cause in France. A cultured intelligent and able prince he was to prove irreplaceable.

The Duke was also a notable collector and patron of the arts and two pages from his earlier Book of Hours and Psalter from 1414 which went to the British Library in 1928-30 can be seen at http://www.artfund.org/supporting-museums/art-weve-helped-buy/artwork/816/the-psalter-and-book-of-hours-of-john-duke-of-bedford-medieval 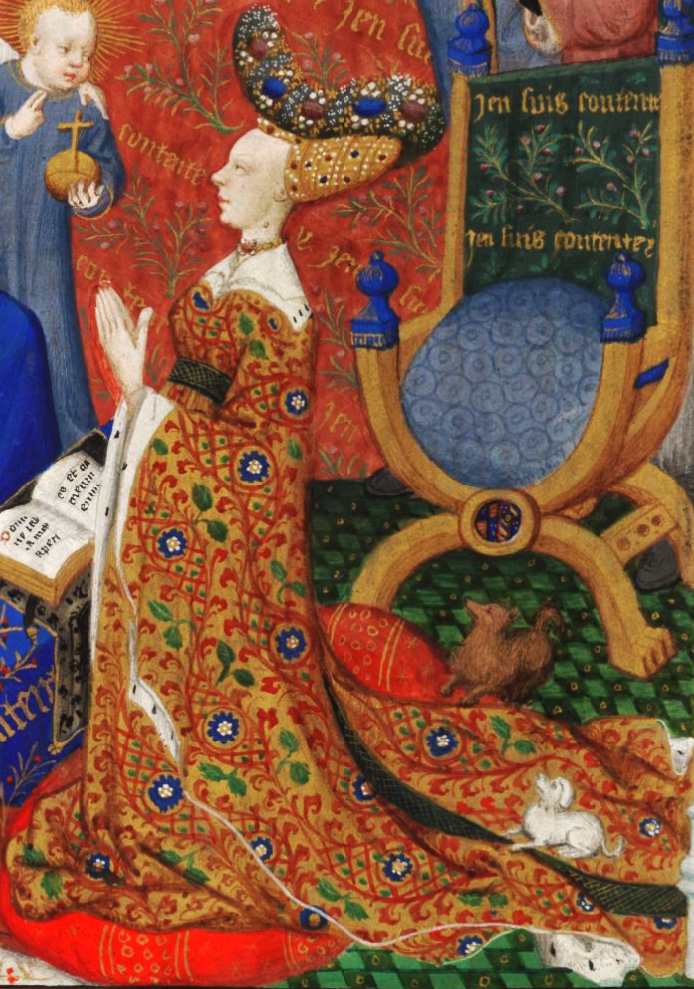 The Duke's first wife, Anne of Burgundy
Detail from the Bedford Book of Hours

Duchess Anne kneels before St Anne, the Virgin Mary and the Christ Child

From the Bedford Book of Hours