An Ordination in Leicester


This morning I travelled up to Leicester to attend the priestly ordination of a friend, Kevin Athaíde, at the Dominican Priory of Holy Cross.

Fr Daniel the Provost of the Oxford Oratory offered seats to two of us who knew Kevin when he was studying in Oxford. We arrived in good time and used that advantage to visit the Anglican cathedral, and nteh new tomb of King Richard III. As aresult of installing this and re-ordering the cathedral ( a medieval parish church elevated to cathedral status in 1926) now presents a somewhat curious lay- out. The new tomb is in what was the choir, and it seems almost like a shrine to the King. We said some private prayers for him. I strongly suspect that he is still in need of  them - to make a topical analogy, was he the Jeremy Corbyn to King Edward IV's Tony Blair and New Labour for the Yorkists?  The cathedral has some nice Comperesque furnishings - notably the choirscreen - and a monumentally hideous modern episcopal throne. We did not have time to venture into the strikingly entitled Visitor's Centre across the churchyard "Dynasty, Death and Discovery" but King Richard is clearly big business in Leicester for the tourist industry, and the lampstandards around bore banners and the royal standard as used in 1485. It is something of an historical irony that a town so associated with the House of Lancaster in the fourteenth and fifteenth centuries as part of their ancestral Duchy should now be prospering on the almost chance burial there of the last reigning Yorkist.

We then walked across part of the city centre - this was my first visit to the city to explore anything of its history - to the Dominican priory.

The priory website, which has an excellent photo gallery and a history of the Dominicans in Leicester can be seen at Holy Cross Leicester 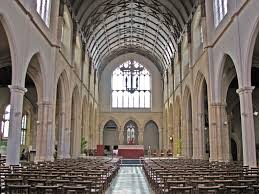 The Dominican church in Leicester

The present, very handsome church replaces a much smaller one from the mid-nineteenth century - still preserved behind the ritual east end of the church as the parish hall. The eastern sections were built between 1928 and 1931 by Arthur Young and A. D. Reid of London. The nave and facade were added in 1956-1958 by Alan Sharp. This appears to be a slight modification of the original design but maintaing the overall conception and design. Externally it is a brick building with stone details, but onside is stone or rendered and in a perpendicular style. 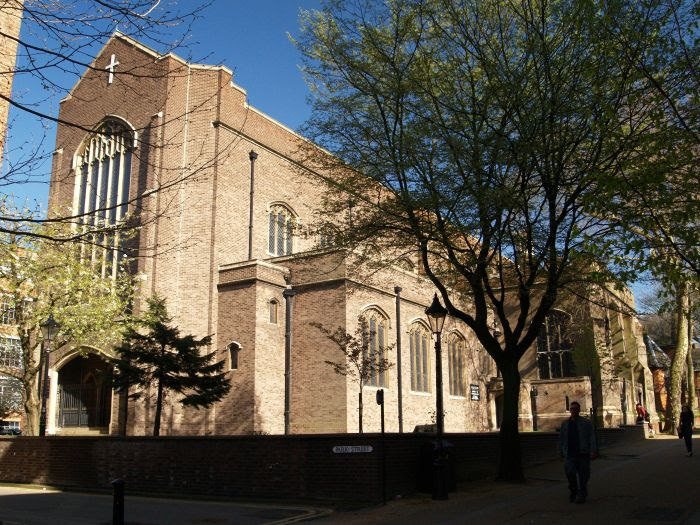 Holy Cross Church, Leicester: The exterior of  of the church on the New Walk 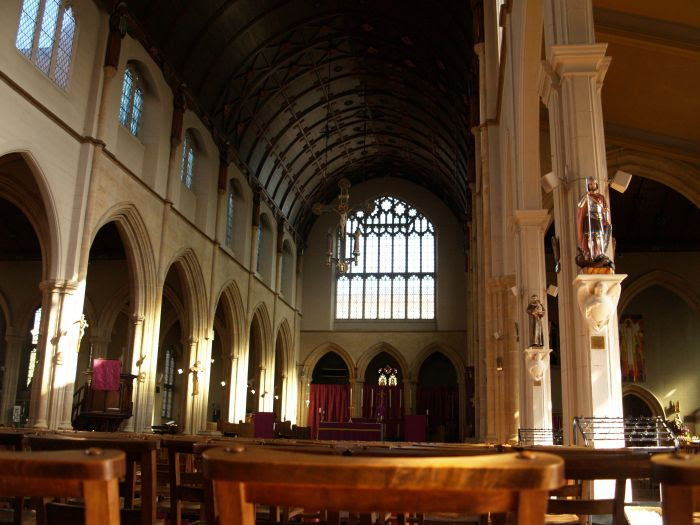 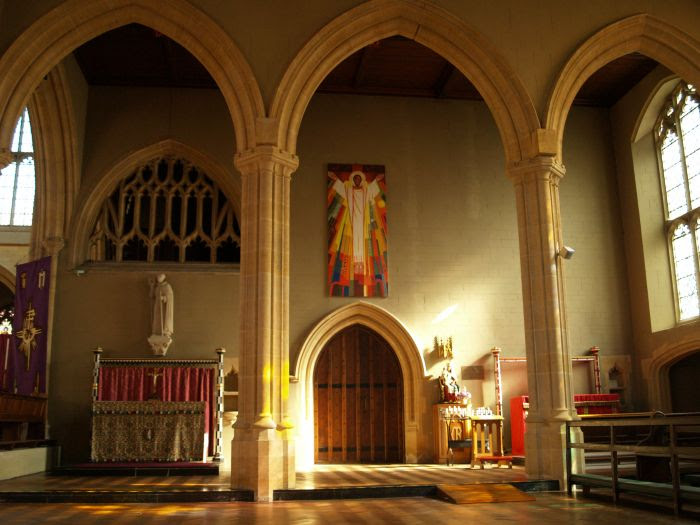 I thought this was a very fine church, with the side altars all maintained and decorated, and with statues and shrines to saints with pricket stands distributed through the church.

As the Bishop of Nottingham is in Rome the ordination was conducted by Bishop William Kenney, auxilliary in the Birmingham archdiocese. There was a significant turn out of clergy - Dominicans, Oratorians and diocesan clergy. Amongst the Oxford friends I saw there were David Howell as the Deacon of the Gospel, and Br Pius Collins O.Praem.from Chelmsford, who only received the diaconate there yesterday, and back in his home diocese as one of the Deacons at the throne.

Following his Ordination Fr Kevin returned to give First Blessings to members of the congregation.

Here he is imparting his first blessing to Fr Daniel: 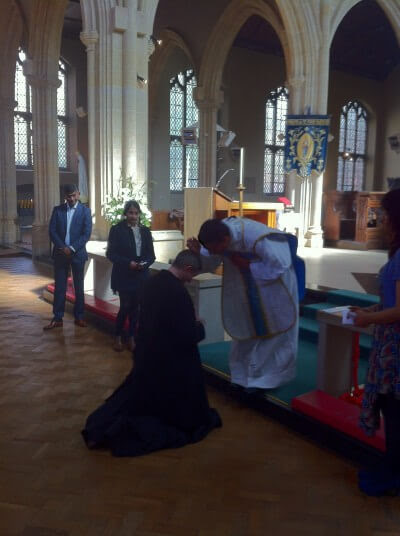 
The reception afterwards, with traditional Goan food reflecting Fr Kevin's ancestry, was an opportunity to catch up with old friends and acquaintances before returning to Oxford.

Fr Kevin is an excellent young man who will, I am sure, be a good and conscientious priest, and i would ask readers to keep him in their prayers.