All the fun of the Fair

At the present time central Oxford has taken on the particular aspect it wears early each September when we have St Giles Fair. This takes over St Giles Street and those which feed into it from the Sunday following St Giles' Day on September 1st, when the Fair is set up, and for the following Monday and Tuesday. Buses and other traffic are re-routed, one can walk down the middle of St Giles as the roundabouts and other attractions - most of which require a head for heights and speed I have never possessed - fill the open space and transform the space into something quite other than its normal one of traffic and trade and academic endeavour (or lack thereof ). 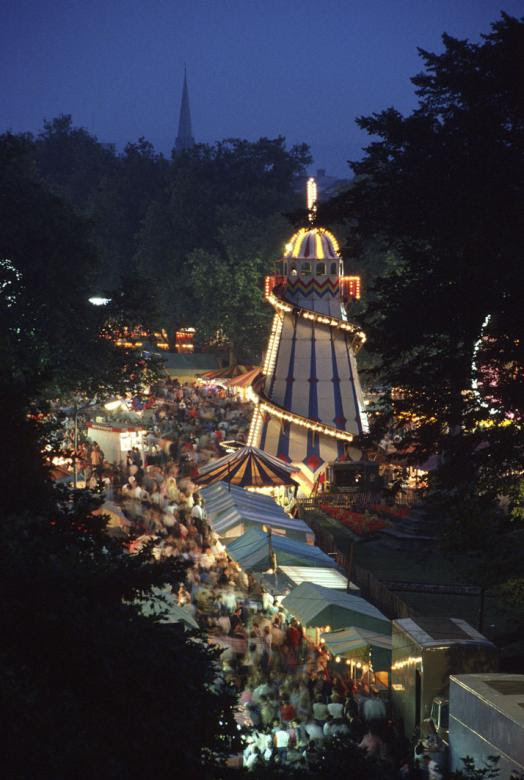 
The sense of the world being turned upside down for a few days, the sound of blaring music and the shrieks of delight and terror from the fairground rides, the smell of hot dogs and hamburgers, and the sight of old-fashioned family entertainment and people carrying home balloons and ridiculously large prizes they have won at the stalls and indeed, most importantly, of families of all ages and backgrounds enjoying an afternoon or evening out, and generally of large numbers of good-humoured people simply having a good time is always heartening. 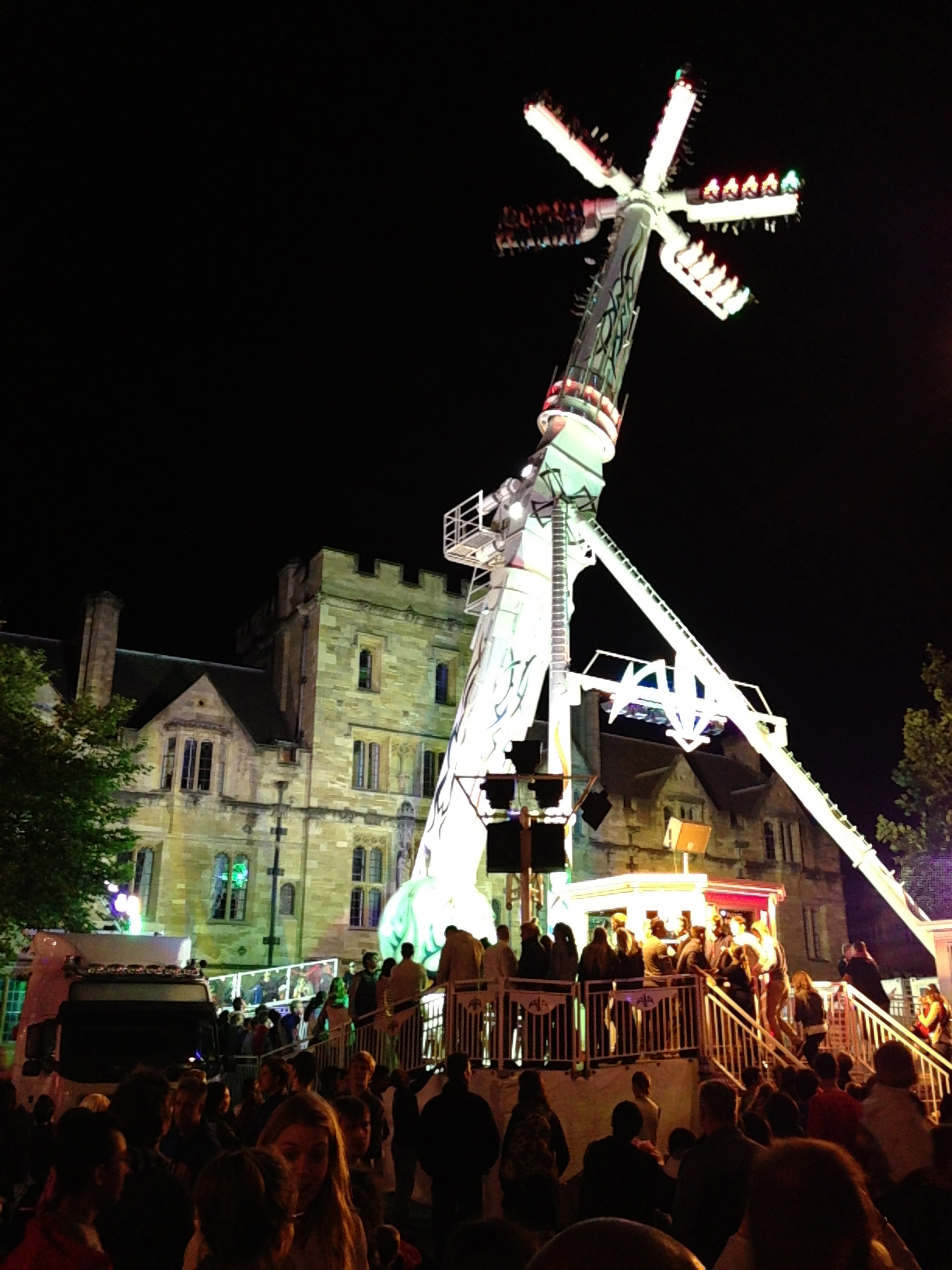