Yesterday evening I attended with a friend the 6pm Mass at SS Gregory and Augustine here in Oxford. Instead of the usual Friday evening celebration of the EF the liturgy was the traditional Dominican rite, celebrated by Fr Richard Conrad O.P.

September 19th is the feast of the Dominican lay brother St John (Juan) Macias, 1585-1645, of whom there is a biography here. 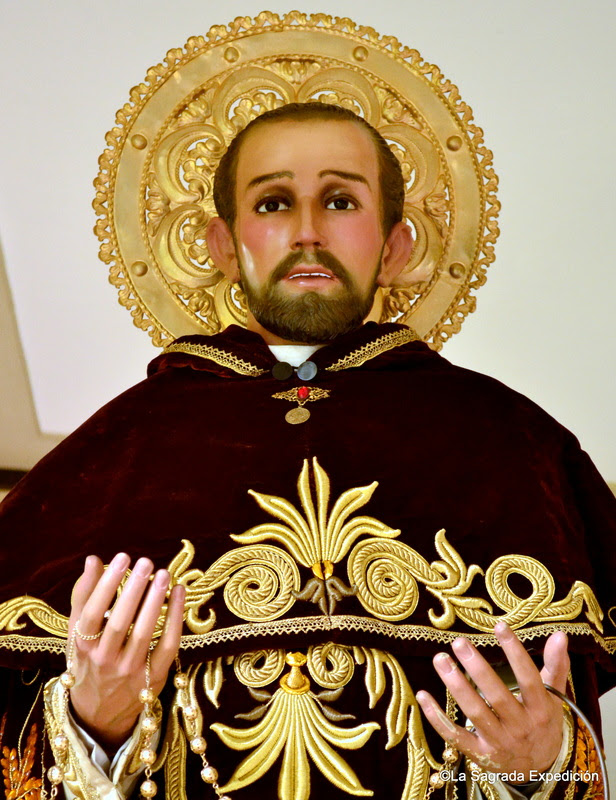 St John, who was canonized in 1975, and having been born in Spain, worked feeding the poor in Lima in Peru. Fr Conrad recounted in his homily how the saint trained his donkey to go to the houses of benefactors by itself and to wait until gifts of food were placed in the panniers on its back. His canonization followed from a miracle in the twentieth century - a Spanish priest's housekeeper was accustomed to cook and provide meals for the poor on a daily basis. On one occasion she found she had only a few grains of rice and invoked the then Bl. John Macias' aid. The resulting, overflowing multiplication of rice was attested to be many independent witnesses.

I have attended the Dominican Rite celebrated by Fr Conrad in its Solemn form at Blackfriars here in Oxford on LMS Pilgrimage days, but this was the first opportunity I had to attend it in the Low form. The differences in form from the EF are not many - the most obvious being the preparation of the chalice at the beginning of the liturgy - as in the Sarum Use -  and we were provided with very clear service booklets. The Mass wasa quiet and meditative one - ideal at the end of a day -  and one came away feeling refreshed but also privileged not just in attending  Mass at all, but one in so venerable and elegant a form.