The Asperges and the novus ordo


Fr. Thomas Kocik at the New Liturgical Movement has an interesting post about how the latest Roman Missal appears to provide for the traditional use of the Asperges in the novus ordo. His post can be read at The Asperges in the Ordinary Form? 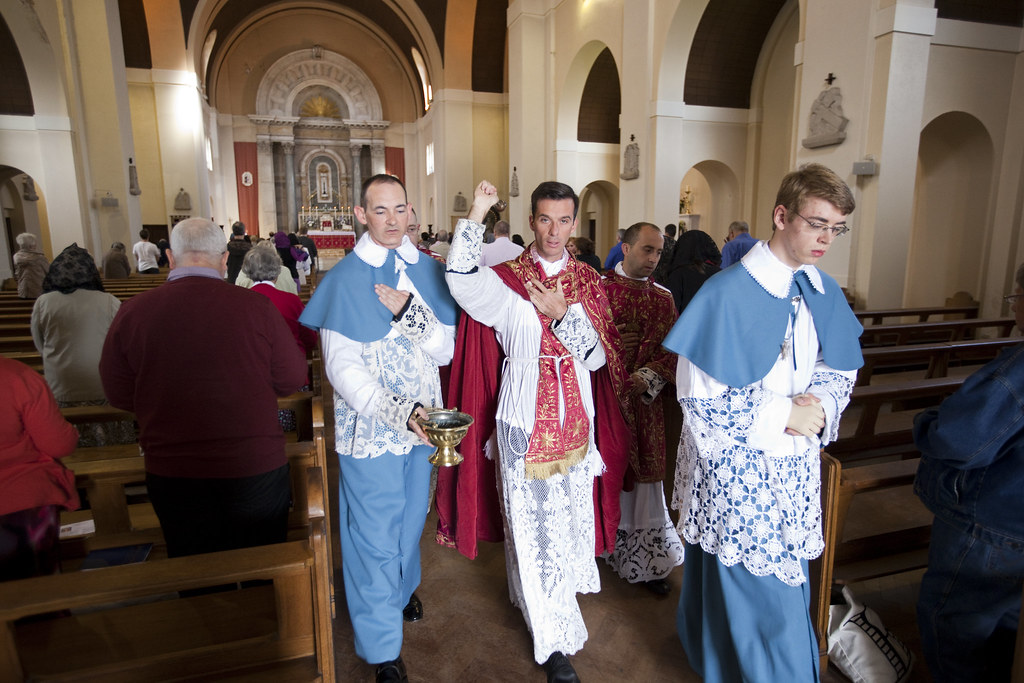 In my Anglo-Catholic days I was not unused to seeing the Asperges in those churches - such as St Mary Magdalene's in Oxford - which retained traditional usages. Whilst I was Churchwarden at St Thomas' here I tried, without much success I have to concede, to revive the practice on ordinary Sundays. The church has a fine collection of copes which must in part have been acquired to use for the asperges before the parish liturgy.

To have a legitimate and lawful basis upon which it could be done as an action in the novus ordo outside the liturgy - see Fr Kocik's post as to that important point - would be good and might well encourage the restoration or revival of this part of traditional practice beyond the contemporary use in Eastertide of blessing the congregation with the newly blessed water from the font.

Whether this idea about the Asperges is seen as Reform of the Reform or as a means of introducing a congregation with little memory or experience of traditional uses to such practices, and opening up the riches of traditional practices to them - and ultimately making them familiar with the older Missal - such a possibility is to be welcomed.