Open Doors at the Oxford Oratory

Yesterday afternoon I spent as one of the team of parishioners stewarding the display in the Oxford Oratory library which had been put on for the Open Doors weekend. Here is the post about it from the Oratory website, with some additional labelling by myself:

Fr Jerome has been busy last week preparing an exhibition in the library for the Oxford Open Doors weekend. Visitors had a chance to see some of our more interesting books — fine bindings, early printings and detailed calligraphy, as well as items from the Chesterton library and brass rubbings. The library building was completed when we opened our new building two years ago. The inside will continue to have temporary metal shelving until we raise the money for the permanent wooden shelving. 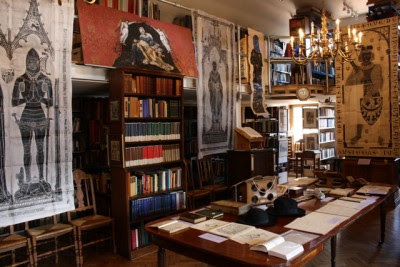 Brass rubbings by Fr Jerome, G.K.Chesterton's hat and stick, as well as one of his schoolbooks and leaves from the ditchling Press edition of The Turk and the Turkey. To the right are a burial register written up by Gerard Manley Hopkins, and a marriage register from 1908 signed by Winston Churchill at his brother's wedding in the church 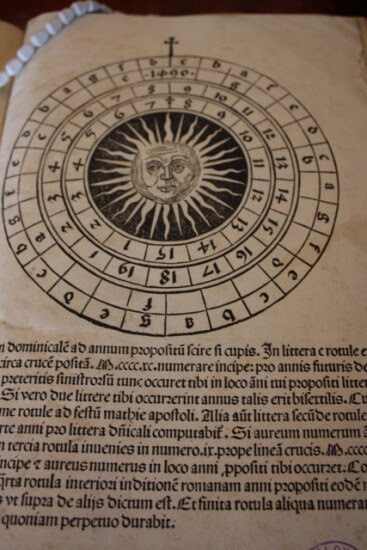 A table for calculating the date of Easter, from a German book printed in 1490 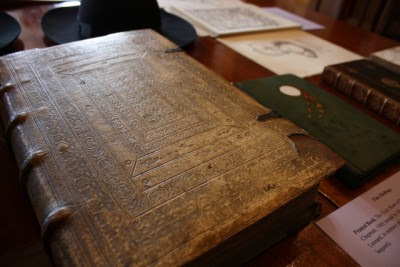 A sixteenth century book binding, and the modern green binding to the right is from the bequest of Mgr Graham Leonard 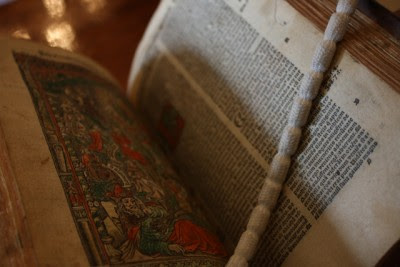 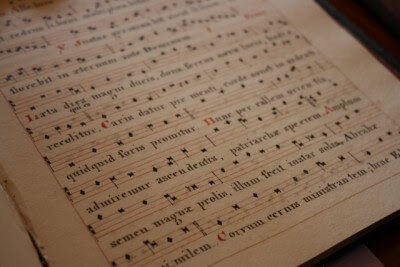 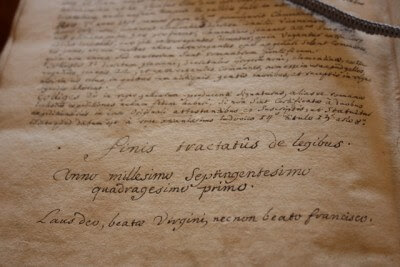 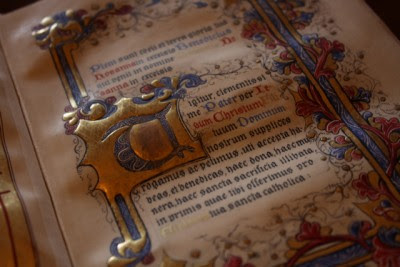 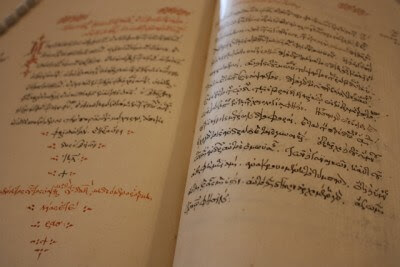