The death and obsequies of King Henry V


Today is the 590th anniversary of the death of King Henry V, King of England, Regent and Heir of France, Duke of Normandy and Lord of Ireland in the chateau of Vincennes outside Paris. 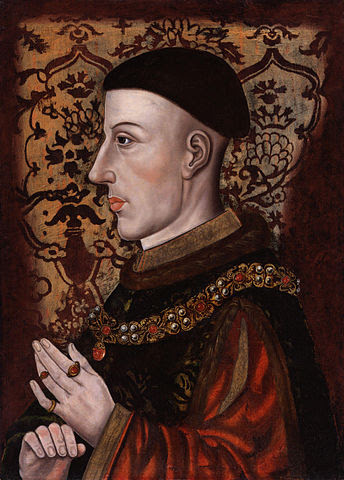 Quite apart from the great and far reaching political, military and diplomatic repercussions of the death of this outstanding monarch this set in motion what must have been the most elaborate funeral ceremonies of any English King, and one which celebrated his achievements in his short but remarkable reign.

Of the four previous English Kings who had died in France three were buried there and only King Henry I in 1135-6 had been brought back for burial at Reading abbey. In addition to this lack of precedent was Henry V's position as Regent and Heir of France and as Duke of Normandy, and his personal prestige as the hero-king of the recent wars. The resulting progress with his body from Vincennes to Westminster was a demonstration of both his achievements and of the Lancastrian monarchy's cult of itself. 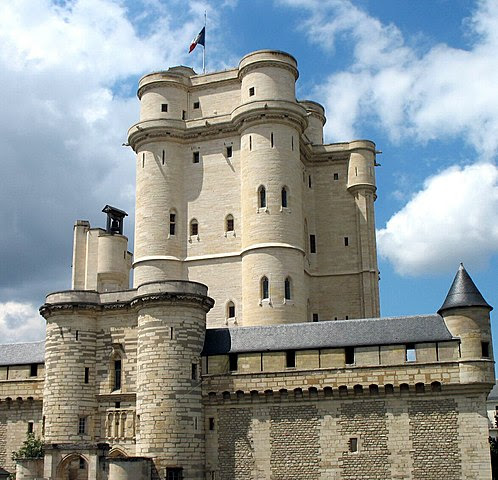 The donjon of Vincennes where King Henry V died ﻿

There is a detailed description of the protracted funeral ceremonies in Christopher Allmand's excellent standard biography Henry V (Yale UP, second edn. 1997) on pp 174-78, which I would recommend reading - along with the rest of the book. The whole account is far too long to reproduce here, but it conveys very well the solemnity and grandeur of the events of that autumn, the long procession of mourners, the constant recitation of Masses of Requiem and of the Office of the Dead.

The King's body was embalmed, and the internal organs buried in the church of Saint-Maur-de-Fosses, and then the coffin, bearing an effigy of the deceased monarch robed and crowned was taken on 14 or 15 September to the French royal necropolis of the Abbey of St Denis. It is not clear whether the route passed through Paris itself - accounts differ. The following day a service for the dead was held in the abbey.

The choir of the abbey of St Denis

From St Denis the cortege went by water along the Seine to Mantes, then entered the capital of his Duchy of Normandy, Rouen on 19 September. Here Henry lay in the cathedral which he had entered in triumph as conqueror in January 1419 after the grim and terrible siege of the city. The following day the body was transferred to the castle and on 24 September Queen Katherine, the late King's brother the Duke of Bedford and more of the household arrived, and it was not until 5 October that the journey was resumed. 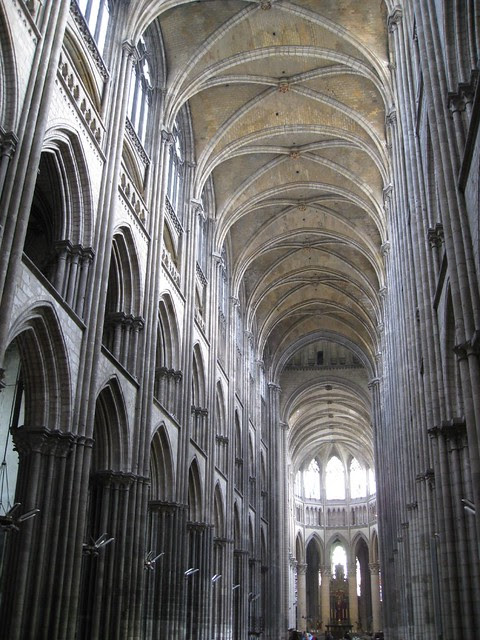 The interior of Rouen cathedral.
The architecture of the interior is much as it was in 1422,
whilst the present distinctive skyline of the exterior is later.

Travelling via Abbeville, Hesdin, Montreuil the cortege arrived at Calais. About October 31 Henry's body reached Dover, and was carried in mournful state  through Canterbury, Ospring, Rochester and  Dartford to reach Soutwark and the end of London Bridge on Thursday November 5. Escorted by an ever increasing number of dignitories, including Bishop Fleming of Lincoln, it passed through London to the west door of St Paul's 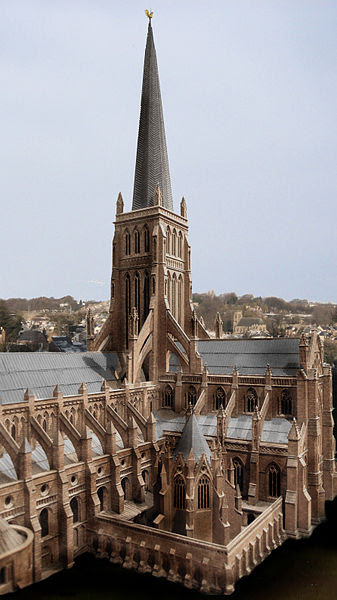 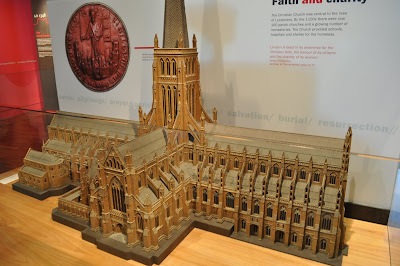 Another view of the model of St Paul's

On Friday November 6 after more Masses of Requiem there was the last stage of the journey toWestminster Abbey. With the coffin railed in before the altar where he had been crowned nine and a half years earlier Dirige was sung and candles placed about the bier. The Islip Roll, depicting the funeral of Abbot Islip in the abbey on the eve of the reformation gives a very good idea of what would have been erected, with a great hearse decorated with candles over the coffin.

Finally on Saturday November 7 came the burial after another Requiem, and with four horses and their arms led to the altar - presumably represnting England, France, Normandy and Ireland - and a knight wearing the King's coat armour, which was ceremonially offered up.

Henry had directed that a chantry chapel should be raised over his body, at the eastern end of St Edward the Confessor's shrine chapel. This was done by creating a bridge over the ambulatory and erecting the chapel with the King's tomb on top. The tomb lies on the lower level, beneath the arch of the chantry, which is carved with figures of kings and saints. Above him is the Altar of the Annunciation, where Masses were offered for the soul of the King. On the screen walls spanning the ambulatories are sculptures depicting Henry at his coronation and riding armed into battle. The plan is, conciously or not, reminiscent of the plan of barbican gate - can it perhaps be understood as King Henry waiting at the gate of Heaven, and does it perhaps also anticipate the Habsburg ritual of requesting admission, not as monarch but as a penitent sinner, to the Capuchin church in Vienna?

The chantry viewed from the Chapel of St Edward

Image: lookand learn.com
The tomb was completed in about 1431. The inscription around the ledge of the tomb platform translates as  Henry V, hammer of the Gauls, lies here. Henry was put in the urn 1422. Virtue conquers all. The fair Catherine finally joined her husband 1437. Flee idleness.
The head of the effigy, sceptre and other regalia were all of silver-gilt, with silver gilt plates covering the figure of the king - an even grander effigy than the gilt bronze effigies of earlier Plantagenets. However, all the silver was stolen in 1546 and the effigy was left as just a plain block of oak for many centuries.
In 1971 a new head, hands and a crown for the effigy were modelled in polyester resin by Louisa Bolt, the features following a contemporary description of the King and the earliest portrait of him. I think that the effigy should be wearing an arched crown, as on the Coronation scene of the King on the side of the chantry, but an open form was chosen for the present head. The Coronation of King Henry V from the chantry chapel

The saddle, helm and shield, which were part of the King's funeral 'achievements', were for many centuries displayed on the wooden beam above the chantry, but were restored and removed to the Abbey Museum in 1972. The saddle is the earliest surviving example of a new light-weight type, originally covered with blue velvet. The limewood shield has only a small section of crimson velvet remaining on the inner side. The domed helm, about sixteen inches high, is a tilting helm, and would not, therefore, have been worn in battle. A fifteenth century sword, found in the Abbey triforium in 1869, is thought to be part of this funeral armour. There is more about the achievements here.
Posted by Once I Was A Clever Boy at 09:45