St Sixtus II and his companions


The story of St Sixtus II, Pope from 257-8, and whose feast, with four of his deacons, companions with him in martyrdom, falls today is inextricably bound up with that of St Lawrence his most famous deacon whose feast day is on August 10th.

Here are two frescos by Fra Angelico from the Niccoline chapel built for Pope Nicholas V (1447-55)   in the Vatican, and in which the painter has shown St Sixtus with the features of Pope Nicholas. These are  beautiful paintings and also a fine record both of liturgical dress in the mid-fifteenth century and contemporary awareness of classical architecture: 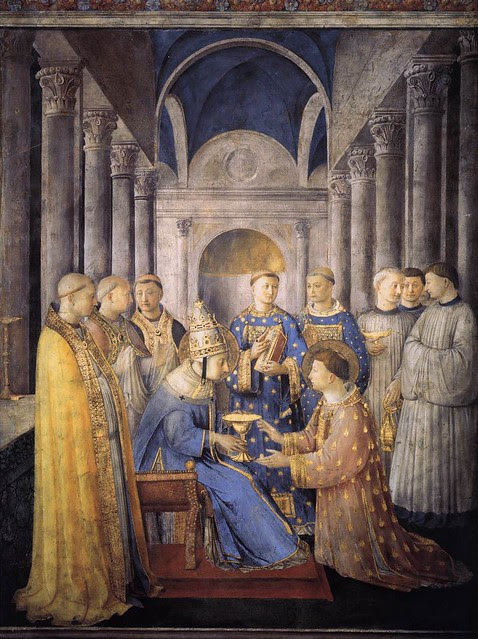 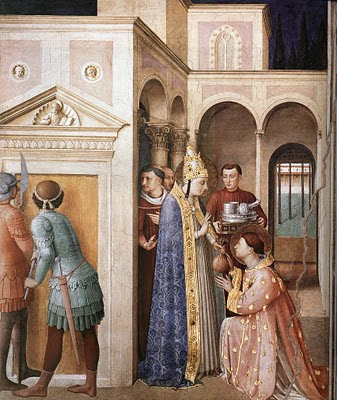 St Sixtus, anticipating his martyrdom, entrusts the treasures of the Roman Church to St Lawrence

Fresco of 1447-49 in the Cappella Niccolina in the Apostolic Palace,  Vatican