In case you are wondering why we celebrate the Transfiguration today when it has already been commemorated by the liturgy in Lent as part of the lead up to the events of Easter (and I am sure you are) the answer lies in large part in the events of the mid-fifteenth century.
By then the Transfiguration was celebrated in various places, including Rome, on August 6th - presumably at a time of year when it was possible to reflect upon the theological truths of the feast rather than its place in the historical ascent of Our Lord to Jerusalem.
It was in 1456, on August 6th, that news reached Rome of the Hungarian defeat of the Ottomans at the battle of Belgrade on July 22nd. To understand the joy this produced requires a look back at the events of the previous sixty years.

In 1396 the last Western Crusade had ended in a disatrous defeat and in captivity or death for many of the combatants in the Nicoplois Crusade - there is an online article about it here.  In 1444 the Varna crusade led by the King of Hungary and Poland ended similarly in disaster - there are articles about it here and here. Finally in 1453 Constantinope fell to the Ottomans.

Thus in 1456 the news of the victory of the great John Hunyadi over the Ottomans at the battle of Belgrade, which is described here,  suggested that the tide was being held or turned.

Pope Callixtus III, the other Borgia Pope, made August 6th a universal celebration od the Transfiguration in thanksgiving for the victory and ordered that church bells be rung at midday to commemorate the victory. This is still remembered in the popular mind in Hungary - where July 22nd has, since 2011, been a public holiday - but elsewhere has come to be thought of as the Angelus bell. 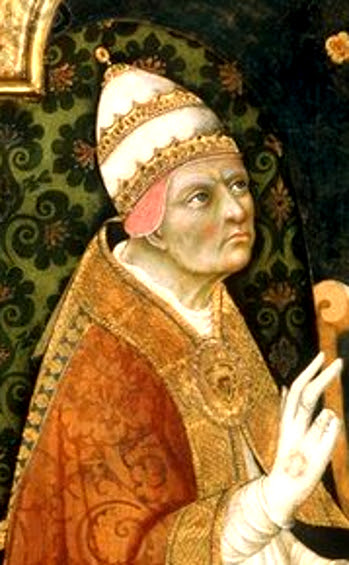 For central Europe the victory at Belgrade brought a respite, and under the rule of Hunyadi's son Matthias Corvinus as King from 1457-1490 Hungary witnessed a flowering of art and culture, but in August 1526 came the disaster of the battle of Mohács .

Hunyadi's victory at Belgrade, was to prove but a temporary reverse in the advance of the Ottomans, but it is still one we commemorate on August 6th by celebrating the Tranfiguration.
Posted by Once I Was A Clever Boy at 09:55