The church of St Laurence Ludlow


Amongst the not inconsiderable number of medieval English churches dedicated to St Lawrence ( or St Laurence) that of St Laurence at Ludlow is perhaps outstanding. Built in its present form during the later middle ages it is a commanding landmark in this historic and beautiful town, and more than repays a visit by anyone interested in historic churches. For those of a literary turn of mind it also has the grave of A.E. Housman in the churchyard. In the sixteenth century John Leland described St Laurence's as: Very fayre and large and richly adorned and taken for the fairest in all these quarters, and that statement is still probably true. 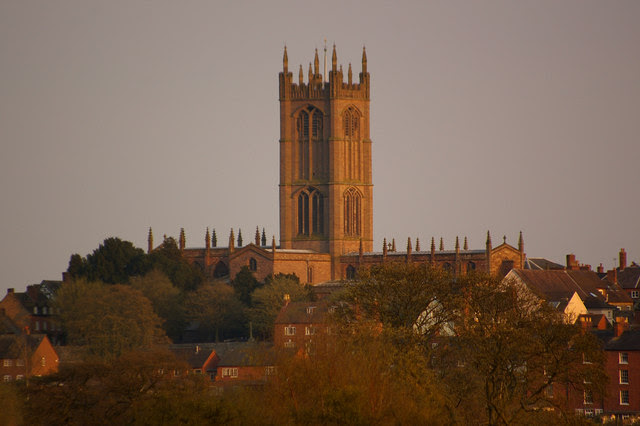 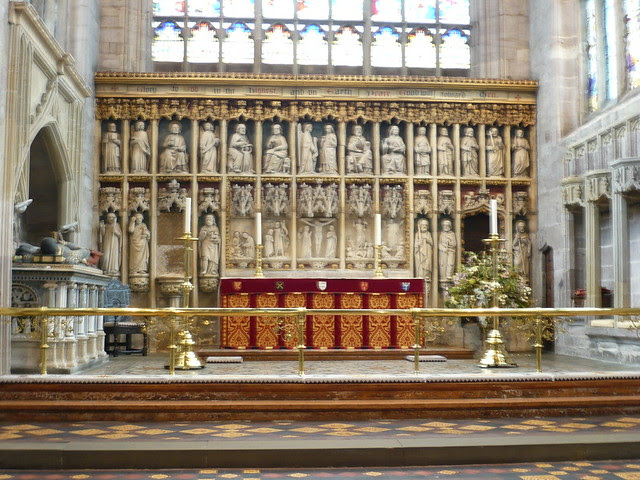 The church has fine medieval woodwork and notable medieval glass - that in the Palmer's Chapel narrates the well known story of St Edward the Confessor's meeting with avision of a disguised St John the Evangelist and is a celebration of pilgrimage in the chaple of the local pilgrim guild. The chancel has spectacular figures of the apostles - including a triple tiara wearing St Peter that somehow survived the iconoclasm of the reformation, and the east window has the story of St Laurence. Much restored and although in many essentials a nineteenth century reconstruction like the other windows in the church it does show the splendour of late medieval glazing and the effect it would have created upon the liturgy and worshippers.

One of the most interesting features of this church is the carillion which is played from the tower bells 4 times a day - a different tune for each day of the week. It's referred to in 'A Shropshire Lad'.

Apparently this was started in the early 17th century.

I wonder if, pre-reformation, the tower had played the Salve Regina four times a day, or something of that kind, and the carillion was an attempt to replace it with tunes more suitable to the age?

Just found a link here to the tunes ...