Last Wednesday evening the Oxford Oratory was honoured to welcome His Eminence Cardinal Burke to our Church to celebrate a Solemn Pontifical Mass for the feast of Our Holy Father St Philip, in the fifth centenary of his birth. These images are all from the Oratory website, with a few additional comments which I have added. 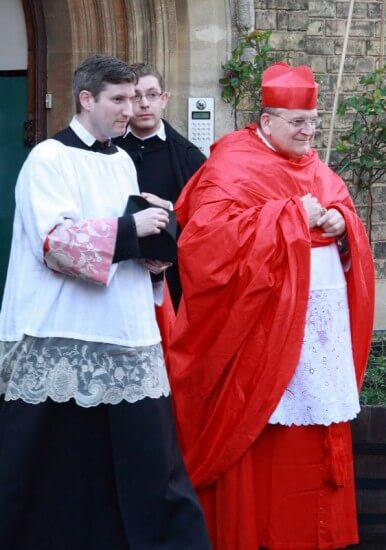 We were joined by many friends and visitors, including the Rt Rev. Hugh Allan O.Praem., Prior of the Norbertine community in Chelmsford, and many local clergy and Knights of Malta. 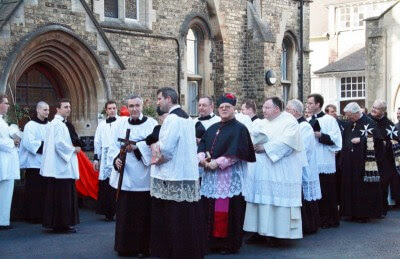 The Cardinal entered the Oratory church in his cappa magna : 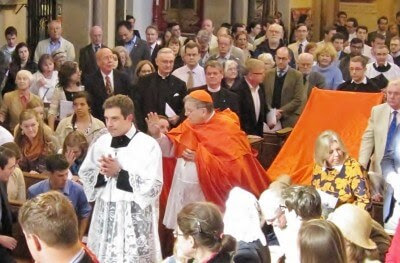 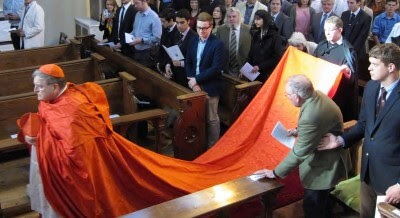 After praying before the Blessed Sacrament the Cardinal went to vest for Mass in the Sacristy: 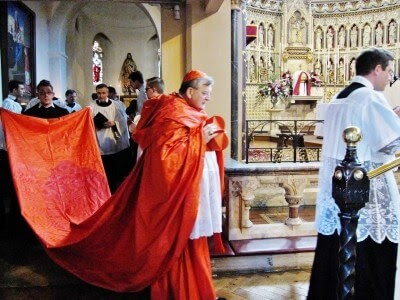 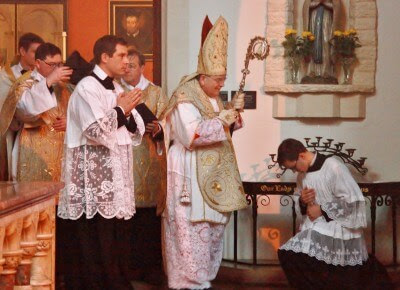 In the procession was a new banner of St Philip, commissioned to mark his fifth centenary: 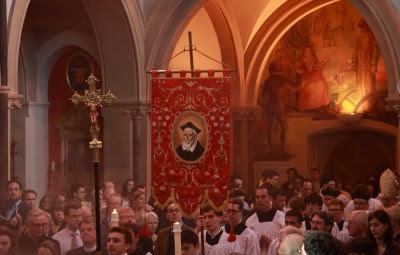 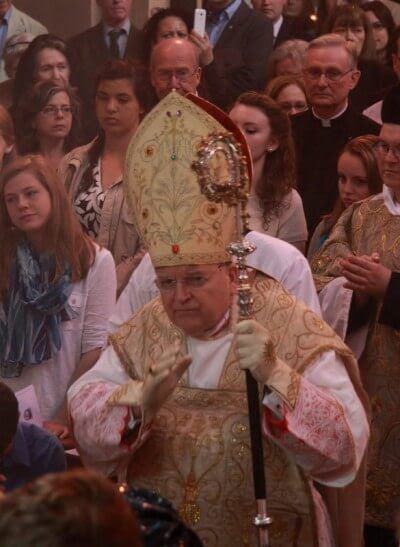 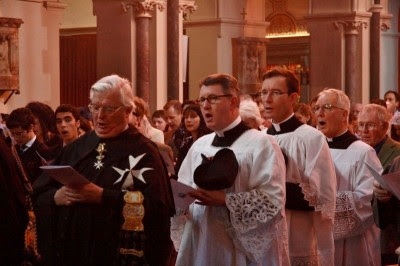 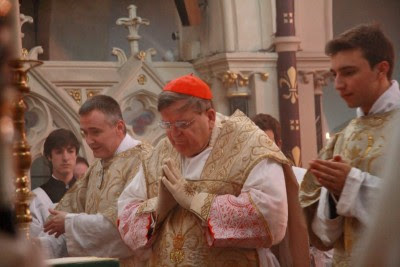 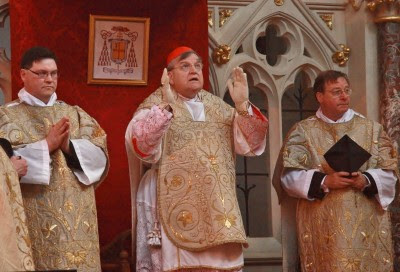 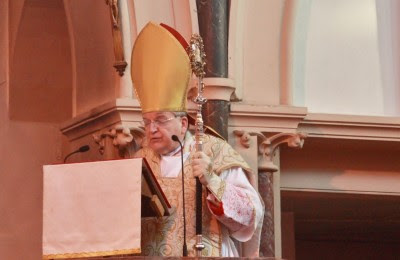 In his sermon, the Cardinal encouraged each one of us to take St Philip as an example of how to transform the world in Christ. His full sermon can be read here. 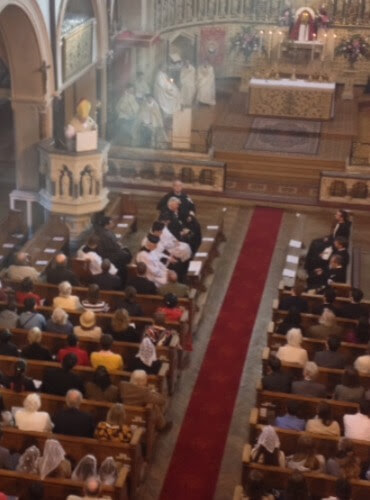 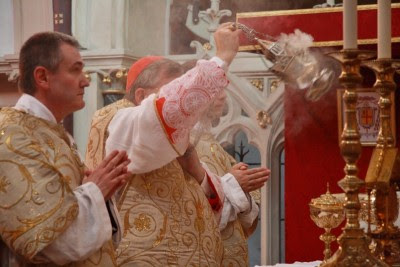 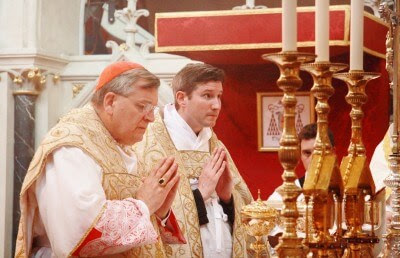 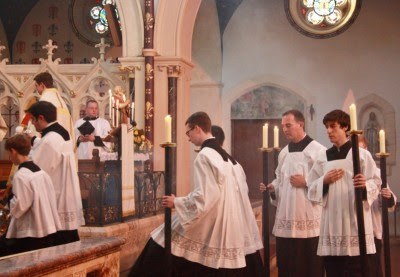 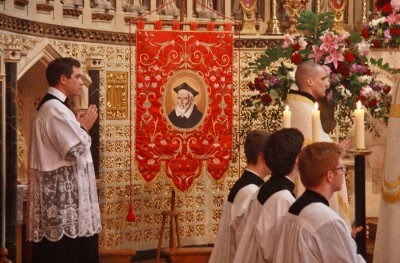 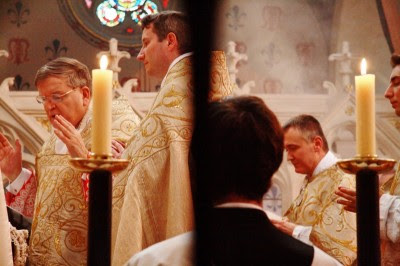 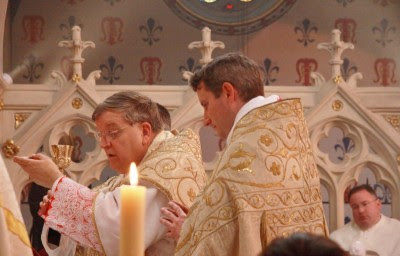 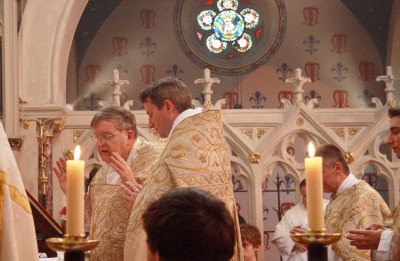 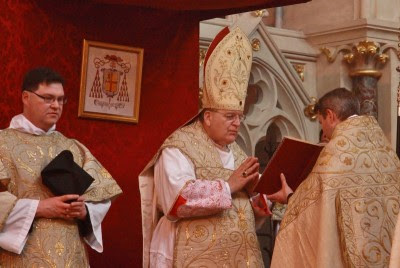 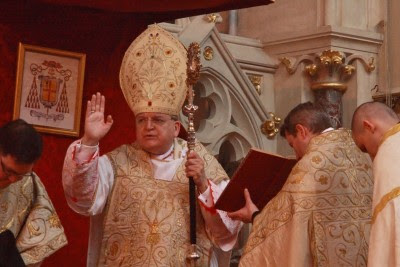 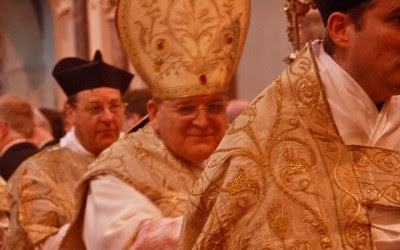 The Archbishop of Birmingham very kindly leant us Bishop Ullathorne's crozier for the Cardinal to use: 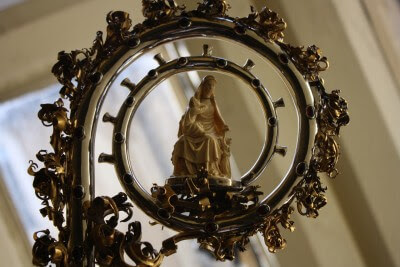 On Wednesday, Fr Daniel took the Cardinal on a tour of Oxford. Here he is pictured next to the bust of Blessed John Henry Newman in Trinity College. He also visited Christ Church where he was able to view what is believed to be Cardinal Wolsey's red hat, which he received in 1515, the year of St Philip's birth.

Do other cardinals parade about with such a train, or is it a personal fashion choice?

All Cardinals are entitled to the cappa magna - not all choose to use it. Personally I am all in favour of retaining and using such symbols of office,