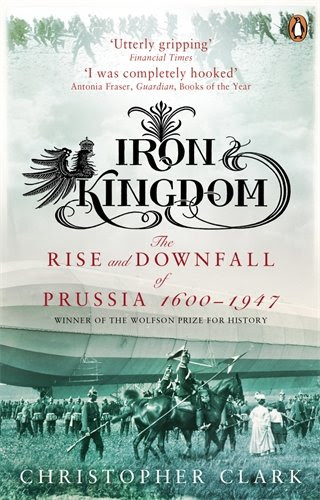 This really is a wonderful piece of historical scholarship, and a very readable book. It combines elegance and erudition, and richly illustrated with telling, and often entertaining, examples from the history of Prussia and the Prussians. Inevitably, and fittingly, the Hohenzollerns are centre stage for much of the historic drama that is unfolded before the reader's eyes.

It is thought provoking, and a book from which the reader learns a very great deal. It is the type of book to read, to have for refernce and to share with others.

A recurring theme is that of the contrasts and conflicts between a sense of identity inherent in the realm, the state and the nationalism of a unified Germany, even if led and dominated by Prussia. That these three concepts might not indeed be the same, however much they shared, is central to much of Clark's argument about what made Prussia what it was, and the extent to which their conflicting ends counteracted each other.

Prussia within the German Empire

He also draws out the dilemma posed by the location of the Kingdom and the continuing question as to whether it should primarily look west or look east or look south. For much of its history it was the weaker in power relationships with its neighbours.

The sudden move to the first rank came only in the 1860s, and that was more uncertain than is often depicted. Thus in 1860 The Times could write of Prussia that had hitherto failed to demonstrate true potential, and in the war of 1864 - the first Prussia had fought since 1815, bar policing measures in 1848-9 within the Confederation - its army was far less successful than that of the Austrians, who had fought in 1858-9 in northern Italy, against Denmark. Again in 1866 the defeat of Austria was perhaps more surprising than one is often led to believe in school text books.


This is above all a balanced and humane book, rich in human sympathy for both princes and paupers. The one Prussian Clark writes about whom he appears to dislike is Hindenburg - who has, I think, had a rather good press in Britain.

The last chapter, covering the period after 1918 makes for depressing reading, heartrending at times, and culminates in the idiocy of the 1947 abolition of Prussia by the Allies, on the basis that Prussia of itself was the cause of all the evils that had beset Germany. The problem and perception of the memory of Prussia, the remembrance of the realm, which runs through the book draws it to a conclusion as elegant as one could wish to find in such a work. 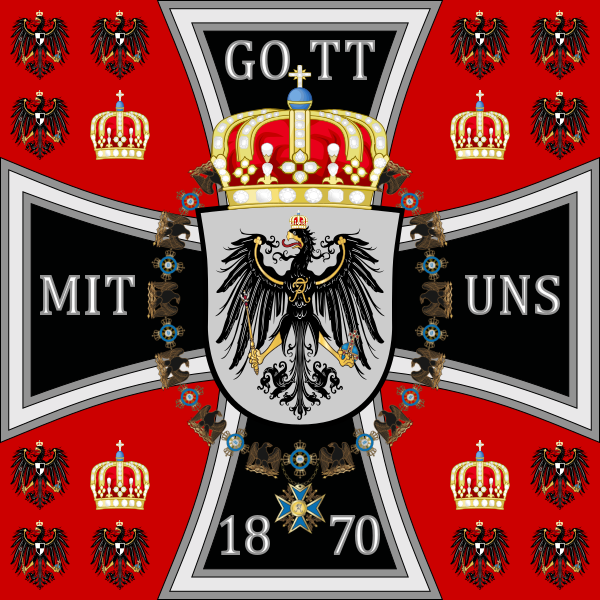 Royal Standard of the King of Prussia from 1871