Each day Wikipedia features one of their onine articles, and yesterday they chose a very interesting one about the aetheling Aethelwold, the nephew of King Alfred, and the son of the King's elder brother and predecessor King Aethelred I. After his uncle's death he revolted against King Edward the Elder at the beginning of his reign, allied with forces in the Danelaw where he was acknowledged as King, and was killed in battle in 902 or 903.

The article is a detailed study and a fascinating insight into the dynastic and power politics of later-ninth and early to mid-tenth century England. It includes an excellent and up to date bibliography. The whole article can be read at Æthelwold ætheling 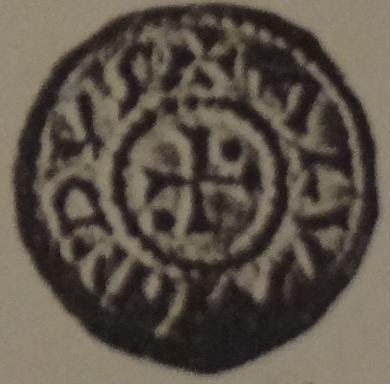 A coin issued by King Alwaldus - Æthelwold ætheling - in the Danelaw

Have you read the novels "The Bone Thief" and "The Traitors' Pit" by V.M. Whitworth, in which Æthelwold plays a key role? I recommend them!

No, I was not aware of them. Thank you for the recommendation.