Recently there was a thread on Medieval Religion discussion group about astrolabes. Here on Oxford the Museum of the History of Science has probably the finest collection in the world of these delicate and ageless instruments.

It began with an enquiry from Richard J. Legault about those whether anyone could corroborate the assertion in Levis-Godechot's book: Chartres révélée par sa sculpture et ses vitraux (Zodiaque 1987), that the astrolabes in the archivolt of the Second Coming, are seven in number? She only shows photos of four. An on-site inspection by Malcolm Miller last year found the sculptures are now too badly eroded to be sure of the count. Additional evidence on the count, especially older photos or reliable drawings would be useful to him in his research. In the absence of any corroboration, he enquired if there any valid reason to be suspicious of her count, and if there is any evidence of any earlier depiction of astrolabes in European medieval art? 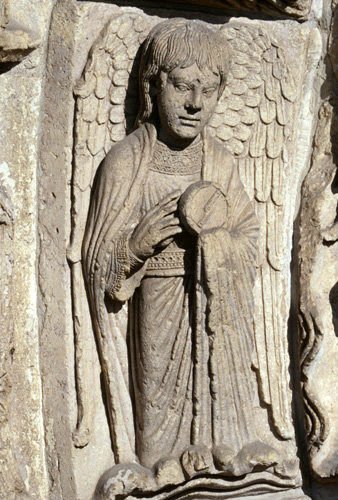 Angel with an astrolabe at Chartres

Brenda M. Cook suggested that it would seem plausible, given that there are seven planets in the zodiac (Sun, Moon, Mercury, Venus, Mars, Jupiter, Saturn), and asked if it is possible that each astrolabe was carved to show a different planet in the ascendant ? 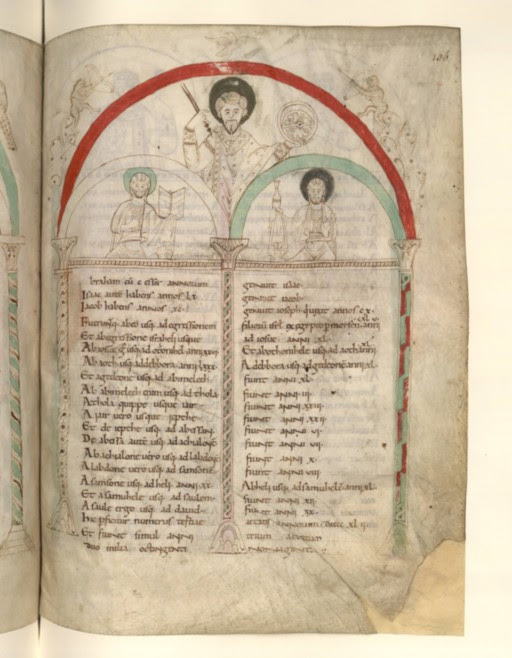 
Richard Legault said that the earlier one helps confirm the idea that the astrolabe and its use was definitely in circulation in the Latin West in the time of Fulbert of Chartres. He was a student at Reims of Gerbert d'Aurillac (later Pope Sylvester II) who studied mathematics and astronomy in Andalusian Spain. While Gerbert is reputed to have been the first to re-introduce the astrolabe back to the Latin West from there, Legault adds that he is not entirely sure this is an historically demonstrable fact.

He also gives the link to this Carolingian astrolabe, saying that readers may be interested in this artifact, listed in the collection of the Institut du Monde Arabe as a late tenth Century (c. 980) - the time of Gerbert - with Latin letters and abjad numerals inscribed. Made in Catalonia it is considered the oldest surviving astrolabe in the Christian West. The website page also explains something of how an astrolabe is used.


At the Museum of the History of Science one of my favourite objects is an astrolabe made by an Islamic craftsmen in Toledo in 1068 - AD not AH - one can imagine him talking to customers and workshop assistants about what had happened in England only two years earlier.