Last Monday was the feast of St Bede the Venerable, and John Dillon has posted these medieval images of St. Bede on the Medieval Religion discussion group.

a) Bede as depicted on the opening folio of a twelfth-century copy of his Homiliae Evangelii (Engelberg, Stiftsbibliothek, Cod. 47, fol. 1v): 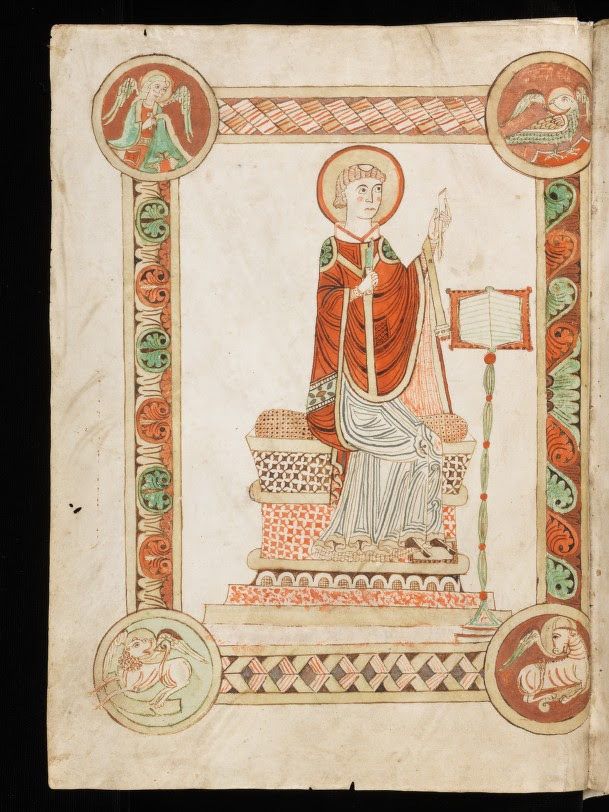 
b) St. John dictating to Bede as depicted on detached fol. 1v of Lambach, Stiftsbibliothek, Cod. VI (frontispiece to Bede's In Apocalypsin; circa 1140; leaf now in the Lessing J. Rosenwald Collection of the National Gallery of Art, Washington DC; image expandable):

Thank you. I'm researching manuscripts of Bede's prayer, The Seven Words of Jesus Christ on the Cross, and you've just put me on the trail of another one.
--
Norm Anderson
walkswithastick@comcast.net