Today is the traditional day for those outside Poland to celebrate the feast of St Stanislaus, although in Poland his feast day falls a day later on May 8th, and in the novus ordo it is observed on April 11th, this date being that on which in the 1960s it was thought was the anniversary of his martyrdom. This occurred in 1079 and he has been venerated at Crakow ever since.

This somewhat Becket-like figure, with an interesting line in producing a surprise witness in a court case that puts Perry Mason to shame, can be read about in the illustrated online article at Stanislaus of Szczepanów.

Genevra Kornbluth posted the following photograph on the Medieval Religion discussion group of a carved triptych from the church in Pławno near Krakow, dated to 1510-20, and now in the National Museum in Warsaw, which tells the story of his life and martyrdom: 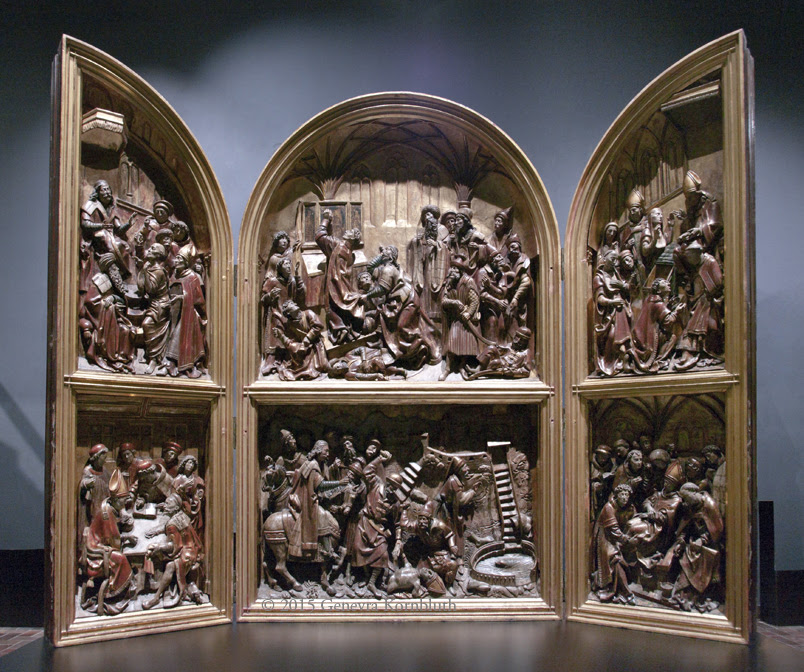 http://www.KornbluthPhoto.com/images/WarsawNatMus_127.jpg
Posted by Once I Was A Clever Boy at 09:56