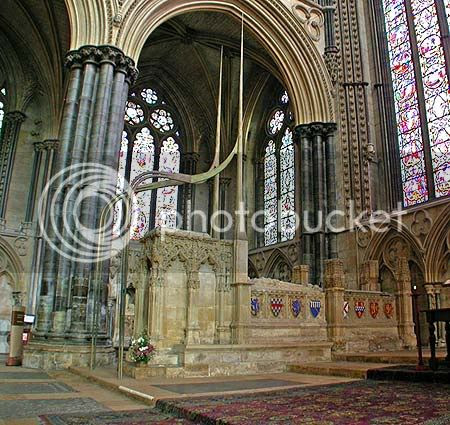 St Hugh was the second Carthusian to be canonised, following the founder of the order, St Bruno. The impetus for Hugh's cause came not from the Order, which disdained to promote such matters, but from the reverence he had received from the wider Church, both clerical and lay.

As thefollowing pictures show devotion to him survived on the continent after the reformation in England.

St Hugh with his emblems of the swan and the Christ Child emerging from the chalice.
Francisco Zurbarán, 1637-39
Museo de Cadiz

The Virgin and Child with St Bruno and St Hugh of Lincoln.
Sebastiano Ricci, 1704-06
Private collection