There was a post on the Medieval Religion discussion group today about a link to images of the spectacular Royal Anjou Bible, which is now at the library of the Theology Faculty of the University of Leevan/Louvain.

It was created in 1340 for King Robert I of Naples (d.1343) and given by him to his grandaughter and heiress the future Queen Joanna I (d.1382) and her future husband Prince Andrew of Hungary (d.1345). It is thereby linked to one of the most spectacular and lurid marital and murder scandals of the fourteenth century. On Queen Joanna's colourful life there is the recent biography is Nancy Goldstone's Joanna: The Notorious Queen of Naples, Jerusalem and Sicily. I have glanced at this but not yet had time to read what looks to be a readable and detailed account.

As an example of the art of the illuminator it is a wondergul glimpse of the glittering culture of the Angevin court in the early fourteenth century, with its links across the Mediterranean and to both France and Hungary and to the Papal court at Avignon.

The link, which has some notes about the manuscript at the end, and a link to a recent book about it, is here. It may take a little time to load, but the illuminations are delightful. I am copying and pasting the first, and most spectacular, one: 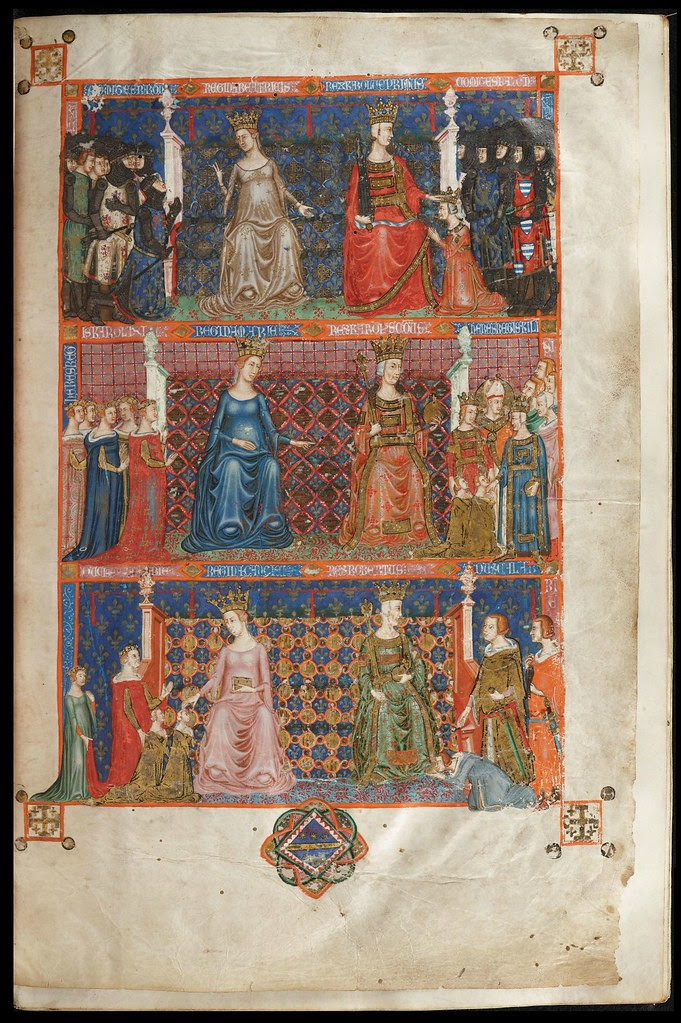 Thanks for that. I have checked and repaired the link.

Beautiful! Thank you for sharing!
Blessings,