St Clement and his churches


St Clement, whose feast day falls today, was the third successor of St Peter, and is accorded a place in the Roman Canon. There is an online article about him and his cultus here.


The New Liturgical Movement has an article about him, with links to a series of their posts about the remarkable, even amongst Roman churches, San Clemente in Rome, which can be read at St. Clement and San Clemente. There is a page about the iconography of the apse here.

San Clemente has been in the care of the Irish Dominicans since 1667, and there is a general introductory article about the basilica here. 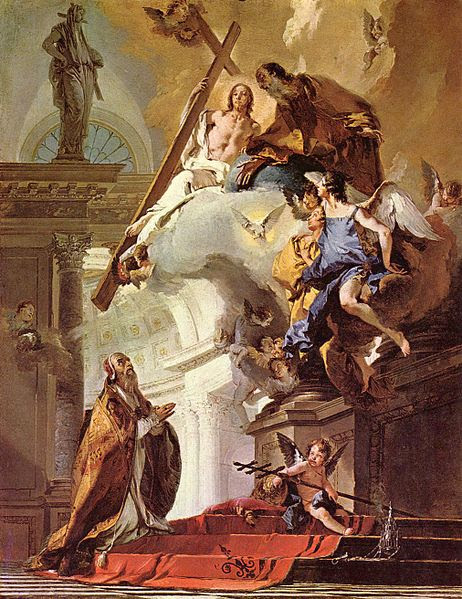 
St Clement proved to be a very popular patron for churches accross Europe. In the tenth century he was popular with the Danes, and in England churches dedicated to him are often found in areas of Danish settlement - St Clement Danes in The Strand in London is no misnomer. On this topic the book to look at is Barbara E. Crawford's The Churches dedicated to St. Clement in Medieval England. A Hagio-geography of the Seafarer’s Saint in 11th century North Europe. Scripta Ecclesiastica Tome 1, Serie Supplementaire a Scrinium. Revue de Patrologie, d’Hagiographie Critique et d’Histoire Ecclesiastique(St. Petersburg, 2008).

In my home town of Pontefract the chapel in the castle was dedicated to him. Excavations in the 1980s suggested that the chapel was situated on the highest natural part of the promentory on which the castle is built, although later concealed by the embanking of the Norman defences, and that the original chapel predated the castle. That would tie in with Danish influence in the area before the Conquest of 1066. The chapel was a collegiate foundation, and one of its deans was to be the benefactor who gave the house called the Oriel, and hence the name, to my Oxford college. Moreover the park attached to the castle lay within the extra-parochial jurisdiction of the chapel, and my home in Pontefract lay within its bounds. So I feel I have a particular connection with St Clement.