Today is 150th anniversary of the death of King Pedro V of Portugal in 1861. He died of cholera at the age of only 24, and his death was to be within days or weeks of those of two of his younger brothers. The son of Queen Maria II and her King-consort husband Ferdinand of Saxe-Coburg he was thus related to the Coburg network of the royal families of Europe. He succeeded his mother as King in 1853, aged 16, and until his majority his father acted as regent until 1855.

There is a biography of the King here , and an excellent, much more detailed one with a fine selection of illustrations here. 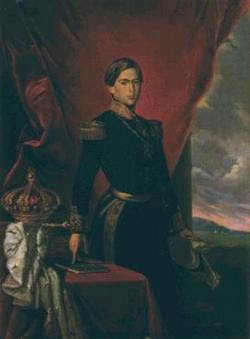 A description of the King's oath taking in 1855

His marriage to his short-lived Queen Stephanie of Hohenzollern has produced no children before her premature death in 1859 and he was to be succeeded by his brother, King Luis I. 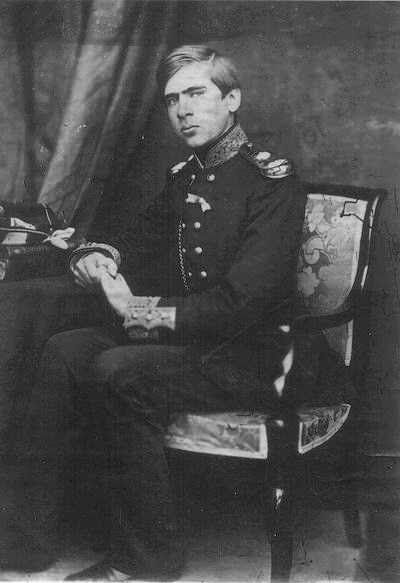 King Pedro V in his early years as monarch

The death of King Pedro was not only a personal tragedy, but may have been one for the Portuguese monarchy. Just as his mother had been apopular ruler so King Pedro was both popular and dedicated to his people and improving the life of the nation - very much a Coburg trait. He became known as Pedro the Beloved. Had he lived longer and continued on the path that appears to have been in his mind there might have been an avoidance of the national decline that occurred under King Luis I and King Carlos I and enabled forces opposed to the monarchy and traditional life to blame the Crown and argue, disastrously, for change.
Posted by Once I Was A Clever Boy at 11:14