Last Thursday, August 20th, was the feast day or day of commemoration of St. Bernard of Clairvaux.

I posted two years ago about my visit to what remains of Clairvaux. This was rather depressing as although there is a visitor centre in the forecourt the remaining portions of the abbey are still used as a prison, to which limited access is possible at certain times - we were not able so to do. It seems extraordinary to me that a site of such historic and spiritual interest shoulds still, after more than two centuries, be used as a prison by the French authorities. The atmosphere is, as I said above, rather depressing and slightly sinister, as well as frustrating to the pilgrim

John Dillon has posted what he describes as some period-pertinent images of St Bernard on the medeval religion discussion group as follows:

b) as depicted (standing central figure plus scenes from the life) in a late thirteenth-century altarpiece of Catalan origin (ca. 1285-1290; either Barcelona or Mallorca) in the Museu de Mallorca:
http://tinyurl.com/qa56v5u [click on "Ampliar Imagen"]

f) as depicted (at left; at right, the BVM appearing to him) by Giovanni da Milano in a predella panel of his mid-fourteenth-century Prato polyptych (ca. 1343-1363) in that city's Pinacoteca comunale:
http://tinyurl.com/nascwmz

g) as depicted (at left, second from top [just beneath St. Eulalia]) as depicted either by Ferrer Bassa and Arnau Bassa or by Arnau Bassa alone in their or his mid-fourteenth-century altarpiece of the Annunciation and the Epiphany (betw. 1347 and 1360) in the Museu Nacional d'Art de Catalunya, Barcelona:
http://www.museunacional.cat/sites/default/files/015855-000.JPG

i) as depicted (at center) in an earlier fourteenth-century copy (1348), from the workshop of Richard and Jeanne de Montbaston, of the Legenda aurea in its French-language version by Jean de Vignay (Paris, BnF, ms. Français 241, fol. 214r):
http://tinyurl.com/283o38m

j) as depicted (at right; at left, the BVM appearing to him) by Matteo di Pacino (a.k.a. the Master of the Cappella Rinuccini) in the central panel of his later fourteenth-century triptych of the Apparition of the Virgin to St. Bernard (1360s), now in the Galleria dell'Accademia in Florence: m) as depicted in an early fifteenth-century breviary (ca. 1414) for the Use of Paris (Châteauroux, Bibliothèque municipale, ms. 2, fol. 304r):
http://www.enluminures.culture.fr/Wave/savimage/enlumine/irht2/IRHT_054146-p.jpg

o) as depicted (at left; at right, the BVM appearing to him) by Filippo Lippi (with workshop assistance?) in a mid-fifteenth-century panel painting (1447) in the National Gallery, London:
http://tinyurl.com/qxobnch 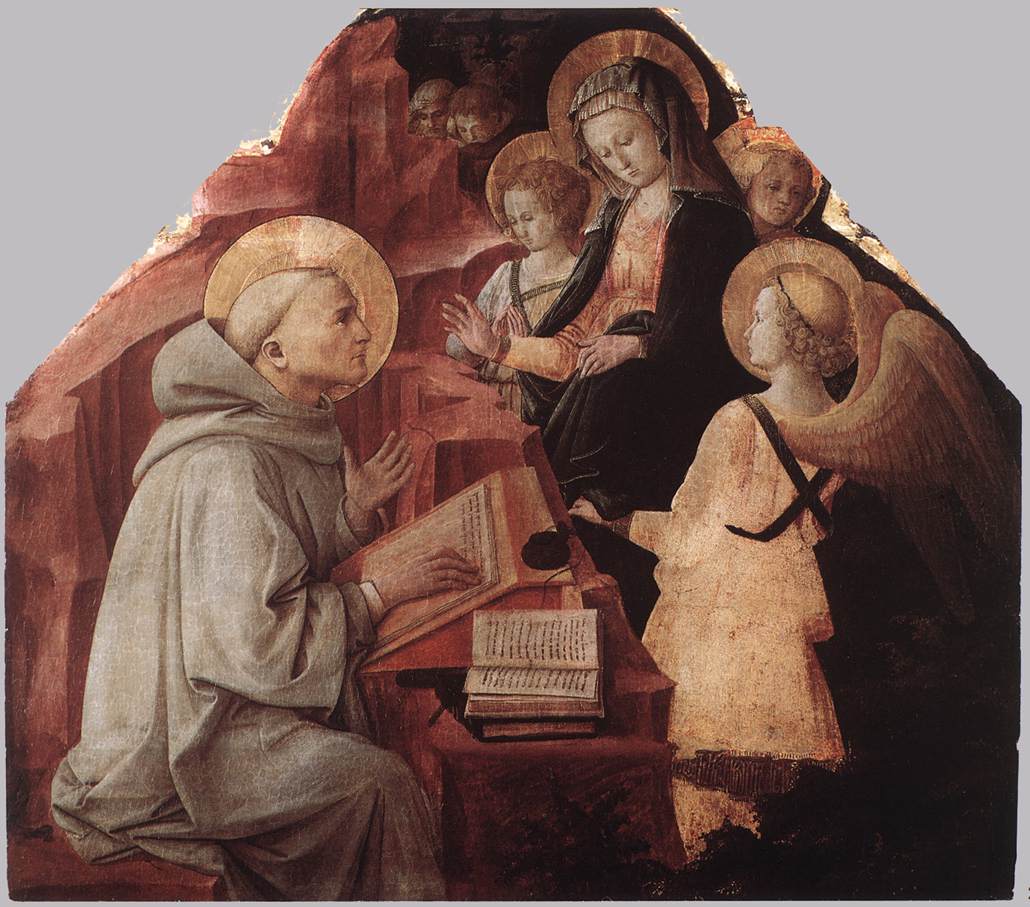 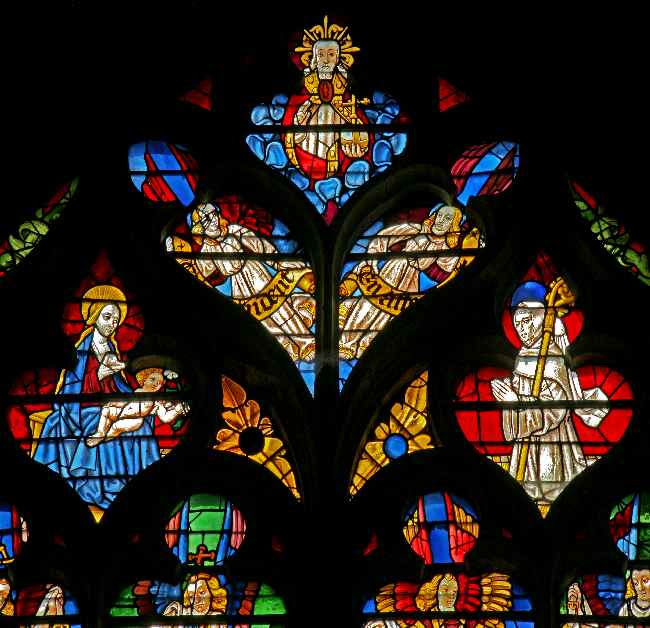