John Dillon has posted on the Medieval Religion discussion group some medieval images of St. Oswald of Northumbria, the seventh century martyr King, whose feast is today. 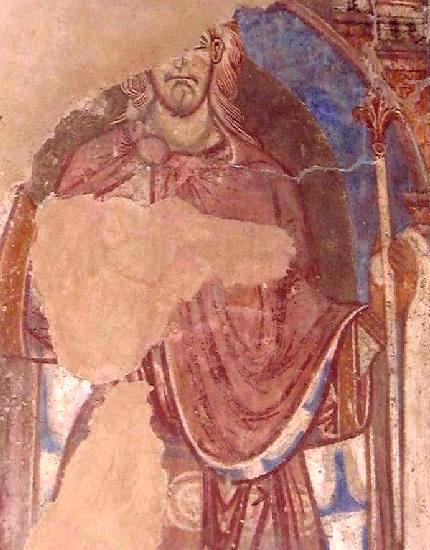 b) Oswald as portrayed on (in a plaque) and atop (in a bust) his late twelfth-century head reliquary (ca. 1185-1189; partly restored, 1779) in the cathedral museum in Hildesheim:

Another view of the bust:

http://tinyurl.com/nhekfau
The reliquary can be seen in detail and from many angles at this website:
http://www.bildindex.de/obj20313188.html#|home

Gordon Plumb has posted on the same site these pictures of St Oswald in medieval stained glass: