Amongst the historic churches in my home county dedicated to St Oswald that at Kirk Sandall - sometimes spelled Sandal - is one for which I have a particular regard, and one which is in my mind as I am citing it in a lecture I am giving to a Summer School this coming Friday.

Situated just east of Doncaster and now in the care of the Churches Conservation Trust ( formerly the Redundant Churches Fund ) the village which once supported it has been largely demolished to allow for or as a consequence of industrial development around a glass works which began operations there in 1922. As a consequence the church has a rather forlorn setting, and as Pevsner says in his volume on the West Riding, with its rather curious tower from the 1930s, looks not to be of historic interest.

In fact the small church has Anglo-Norman work and, dominating, if not quite dwarfing it, the marvellous chantry chapel of William Rokeby, a son of the parish who rose to become Archbishop of Dublin, and who baptised the future Queen Mary I at Greenwich in 1516. He died in 1521, having requested that his bowels be buried in Dublin, his heart at Halifax where he had been Vicar and his body at Kirk Sandall, with a chapel to be built over the remains in each place.

The Rokeby Chantry and the church at Kirk Sandall

This wonderful example of early sixteenth century work is, I think, very little known - one reason for writing this post is to draw attention to its existence - and really is well worth visiting if one is interested in such things and in the area.

Although the Archbishop directed the foundation of another chantry in the church at Halifax, that is not of  comparable quality, and the Kirk Sandall chapel is only paralleled in the county by the slightly earlier (1470s-80s) Waterton chantry at St Oswald's church at Methley. That also, along with the church of which it is part deserves much greater fame with its two wonderful fifteenth century tombs and effigies and later Savile tombs, glass and woodwork, but I will write about that fascinating place on another occasion.

The Chantry from the north-east

The chapel became after the suppression of the chantries the Rokeby family chapel and burial place, and the interior is now dominated by the monument to Sir Thomas Rokeby, a Judge who died in 1699. Installing this necessitated blocking the east window of the chapel, and the medievalist in me wishes it was not there, but it is part of the history of the church and onetime village.

Nonetheless the chapel still  contains the remains of the wall brass to the Archbishop, who proclaims in the words of Job his conviction that his Redeemer lives and will stand upon the earth. The chapel has a fine original ceiling and there are beautiful screens of the period in the church. 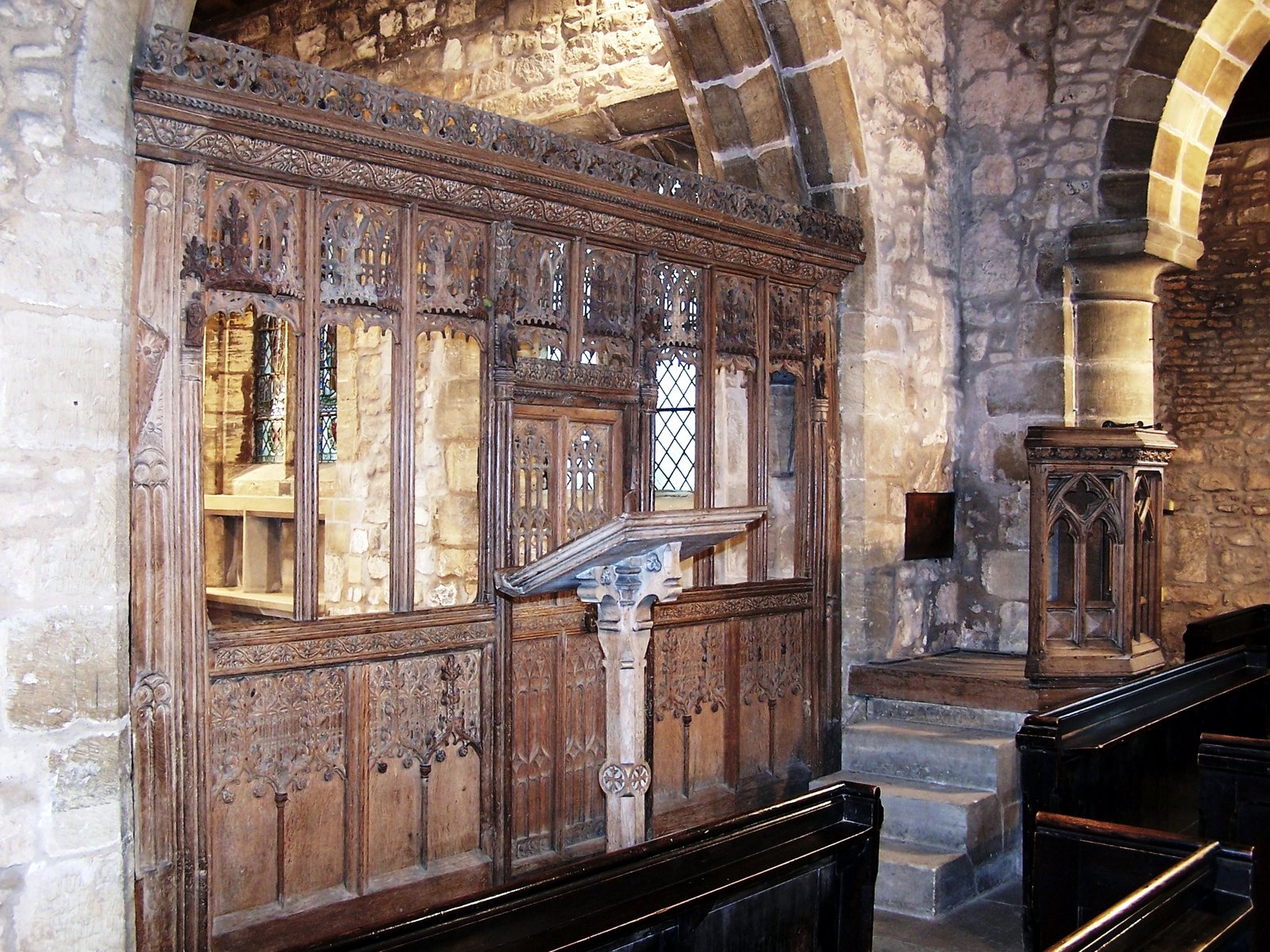 The chancel screen with its original doors 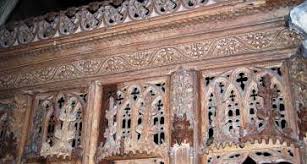 Screenwork detail in the church

There are also the remains of what must once have been a splendid series of stained glass windows.

Original glass in the Rokeby Chantry

I have had difficulty finding other downloadable images of this fine glass online, but can link to this splendid album of 19 photographs by Gordon Plumb which can be viewed on Flickr at https://www.flickr.com/photos/22274117@N08/sets/72157613129063545

There is more about the church at the webpage St Oswald's Church, Kirk Sandall and on that of
The Friends of St Oswald's Homepage