Today is the 170th anniversary of the birth in 1845 of the future King Ludwig II of Bavaria, and the feast day of patronal namesake St Louis of France. 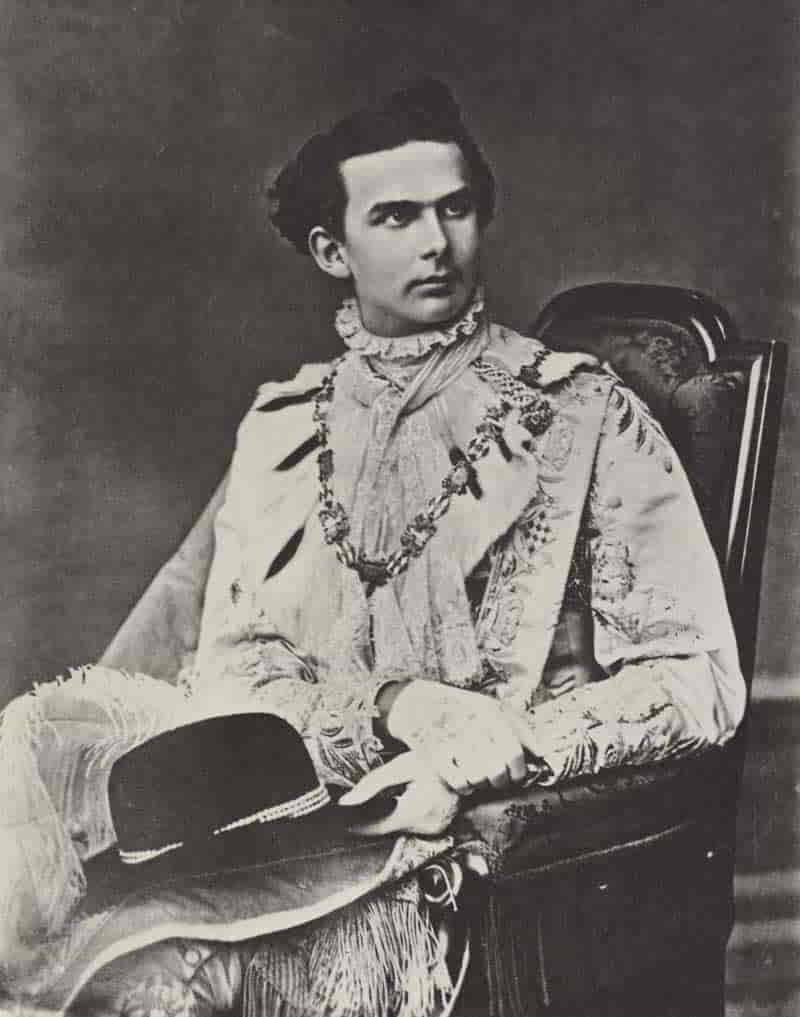 
There is an illustrated online biography of the King at Ludwig II of Bavaria.

There is also online an article from the Daily Telegraph from last year, Bavaria's 'Mad King' Ludwig may not have been so mad ..., which suggests alternative diagnoses
for his actions, and of those who suspended him from his executive powers as monarch in 1886. It also
has links to two other articles, one of which suggests that the King was murdered.

A painting of the King, presumably from soon after his accession to the throne in 1864

The Mad Monarchist posted the following piece some months ago about the King: Monarch Profile: King Ludwig II of Bavaria


King Ludwig II is in so many ways a tragic and troubled figure, and worthy of more than being dismissed as "Mad King Ludwig". As King of Bavaria at the time of German unification and all that that both entailed and implied it is perhaps explicable that he sought refuge in his building projects and in detachment from mundane affairs, even though such actions were of questionable help to the Wittelsbach dynasty. The evidence for his own inner demons, and those of his brother and successor King Otto suggest all was not well in the families and palaces of the rulers of Bavaria. 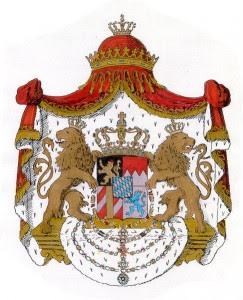 The Royal Arms of Bavaria from 1835

It is however possible that King Ludwig II should be seen as eccentric rather than mad, and that his building programmes merely ( merely?) carried further the often lavish building projects of other nineteenth century European monarchs and aristocrats - such as the subterranean constructions of a Duke of Portland at Welbeck. How much more exotic as buildings were they than King George IV's Brighton Pavilion or re-medievalising Windsor, Queen Victoria's neo -Scottish baronial Balmoral, some of the Hohenzollern buildings of King Frederick William IV and Emperor William II or king Ferdinand's Gothic fantasy castle at Cintra? If they were more exotic and expensive it was perhaps a logical,-or illogical - development of what had gone before. There was, of course, the little practical problem that King Ludwig was exhausting the accumulated wealth of his family with his extraordinary projects - one can see why ministers worried about his schemes....More recently I suspect the Bavarian tourist authorities have rubbed their hands with glee at what he provided them with.


and, with some interesting photographs of the family and comments at  King Otto I. of Bavaria (1847-1916)

These may suggest that there was not a common root cause to the mental state of the two brothers.

Whatever was the cause of the mental instability, if that is what it was and it it was a common factor, of  King Ludwig and King Otto seems to have belonged to their immediate family - it did not affect, so far as anyone ever indicates,  their uncle Prince Regent Luitpold, his son King Lugwig III or his descendants the present Bavarian Royal House.