Today is the feast of St Bartholomew. I have slightly adapted the posts by John Dillon and Gordon Plumb on the Medieval Religion discussion group. I have opened some examples and copied and pasted them, but all repay viewing.

Bartholomew was an apostle, thus named by the Synoptic gospels (the name means 'son of Tolmai'), though he is generally identified by most biblical scholars today with the Nathanael of John 1:45-50 and 21:2.

There are no certain traditions about his ministry and death. He is said to have preached in places vaguely called "India", in Lycaonia and other parts of Asia Minor, and, finally, in Armenia. Accounts of his martyrdom vary. In the East he was said either to have been crucified or to have been drowned; medieval Western versions have him flayed alive or decapitated (sometimes both).

The Roman Martyrology gives him an apostolate in India and Armenia, where he is said to have been flayed alive before being beheaded. Tanners and leather workers took him for their patron.

His relics are claimed to have been translated first to the island of Lipara, then to Beneventum and finally to Rome where they are claimed by the church of St Bartholomew on the Tiber. In the 11th century what was claimed to be an arm of Bartholomew was given to Canterbury by Emma, wife of Cnut, which probably contributed to the diffusion of the cult in England (though he also appears in the Life of Guthlac). 165 ancient English dedications to him, including Crowland Abbey. He is often shown holding a flaying knife and sometimes, as at Grappenhall in Cheshire (see below) with his flayed skin neatly folded across his arm!


John Dillon's selection of images illustrates the range of depiction of a saint who was indeed one of the Apostles, but of whom little is known: 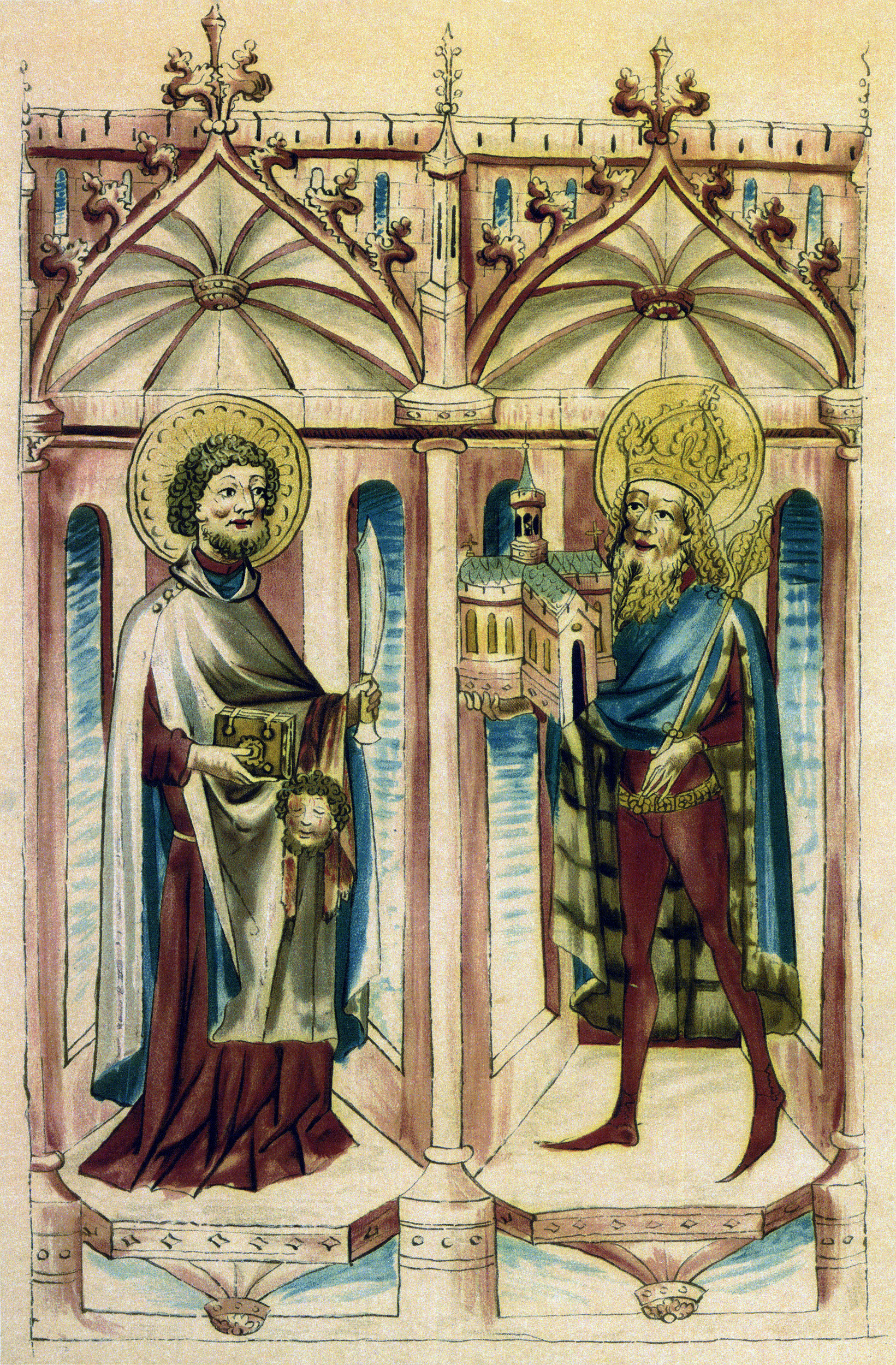 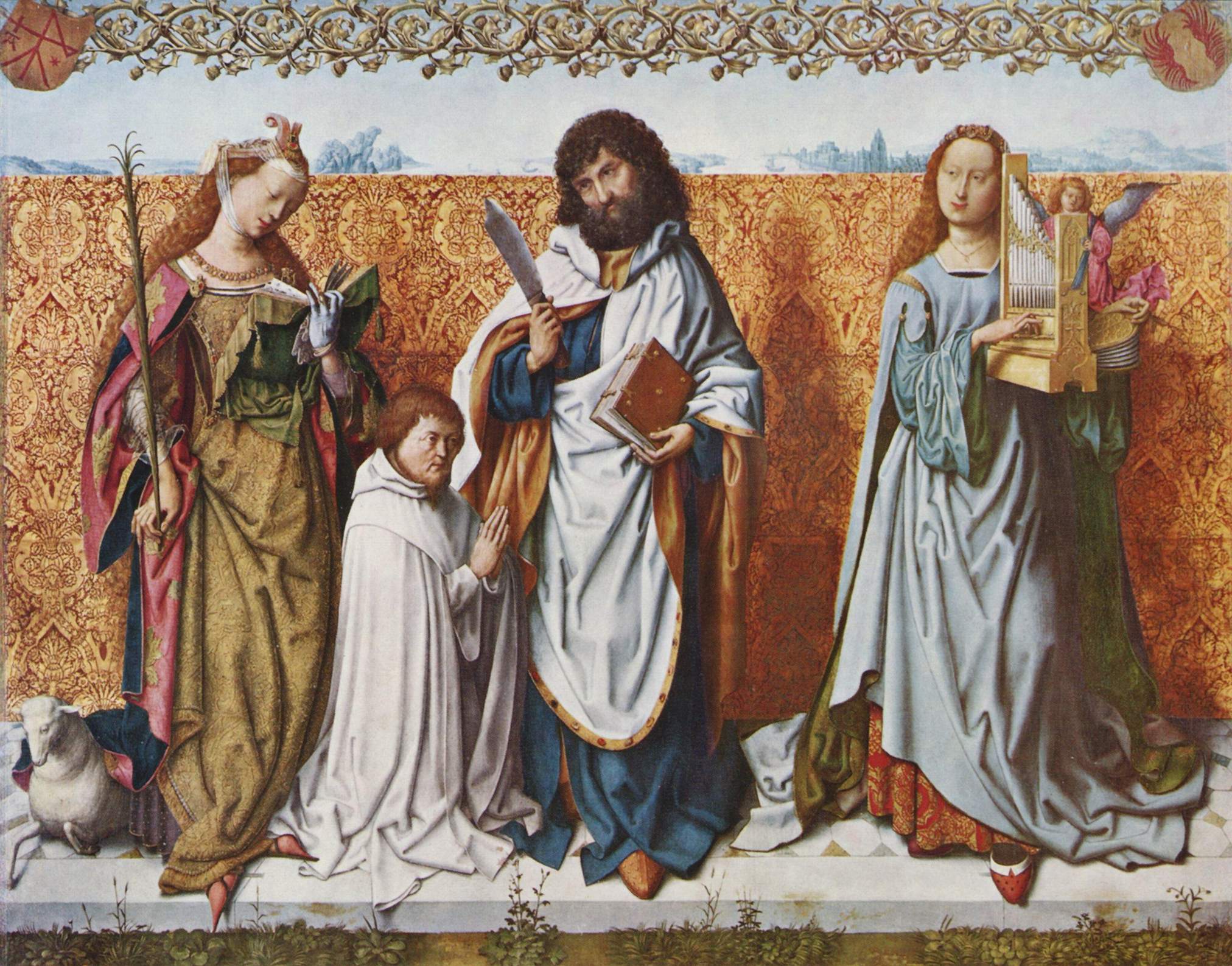