Something missing at St Bartholomew the Great Smithfield?


Before leaving today and the feast of St Bartholomew it gives me an opportunity to reprise a point I made in my talk the other week to the Second Spring Summer School on A Shattered Culture, about what we have lost in this country due to active iconoclasm in the sixteenth and seventeenth centuries and through subsequent neglect, and, in this case, from later misunderstanding.

The priory church of St Bartholomew the Great in Smithfield is one of the very few medieval churches to survive in central London, although it is not as well known as it should be. A substantial part of the priory church - presbytery and transepts - survives, and is a fine example of early twelfth century work - the priory was founded by Rahere, jester to King Henry I: 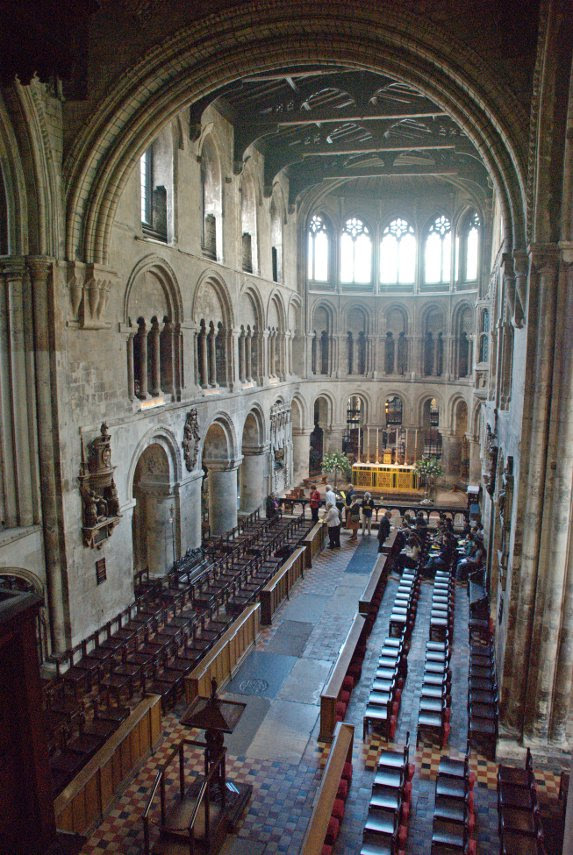 When we visit it can be very grateful that it has survived and feel we are seeing something of medieval London.

However what we are not seeing is the colour that would have enriched the church. This changes the atmosphere  and experience. A medieval church was 'other' than that day to day living because it was, in the modern phrase, 'sacred space.'  Entering a medieval church was to enter a foretaste of Heaven. Yet this point seems still to be lost on so many people. I have even known distinguished academics in medieval history who have dismissed medieval colour schemes as garish and somehow imply we are better off without them.

To visualise the interior of St Bartholomew's as it would once have been is difficult - we have fragments and pieces but little in the way of complete schemes, or if they are they are faded  and pale. At Issoire in central France one such scheme has been recreated in 1857-59 - albeit controversially in the eyes of some, but maybe they also do not like the fact of  colouration. Like St Bartholomew Issoire has stilted arches around the apse making the comparison all the easier: 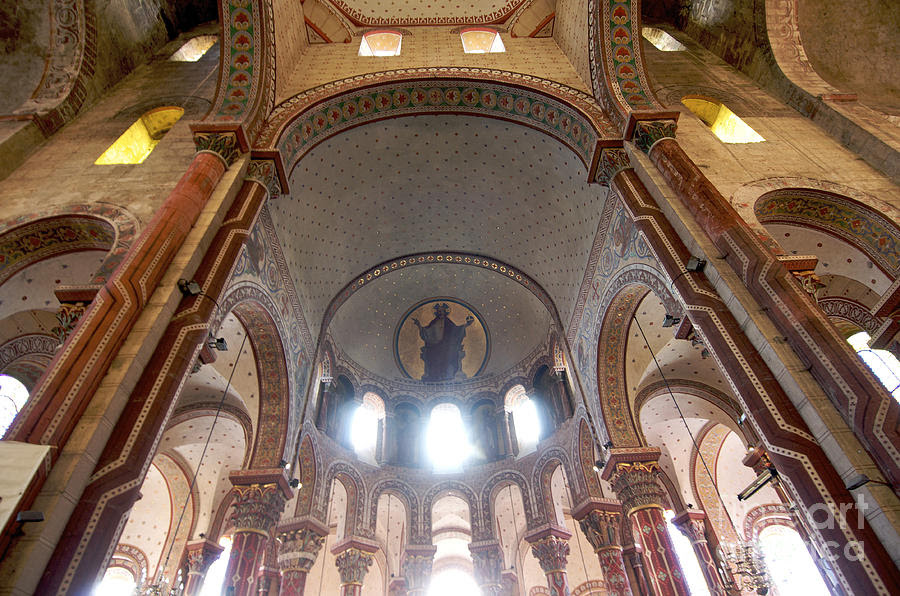 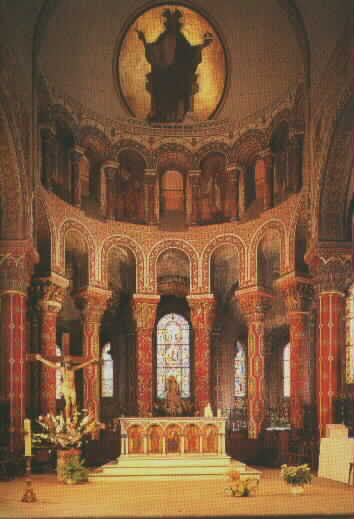 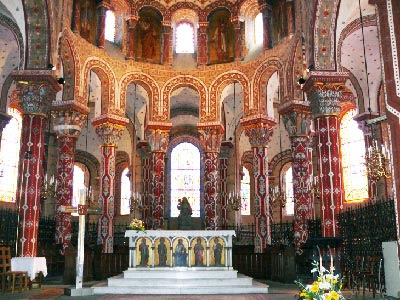 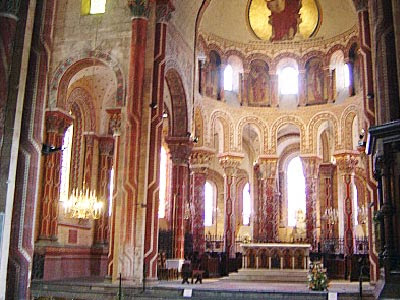 
Even if you might quibble about shades and detail as Issoire I still imagine - not having been and only knowing it from photographs - that here one does get and idea of what a great twelfth century church looked like. Just because we have lost that tradition in England does not make it wrong. Scrubbed grey stone is not what twelfth century patrons, architects and artists set out to create. Personally I like the impression I have formed of the interior of Issoire. It's just a case of waking up and smelling the incense... 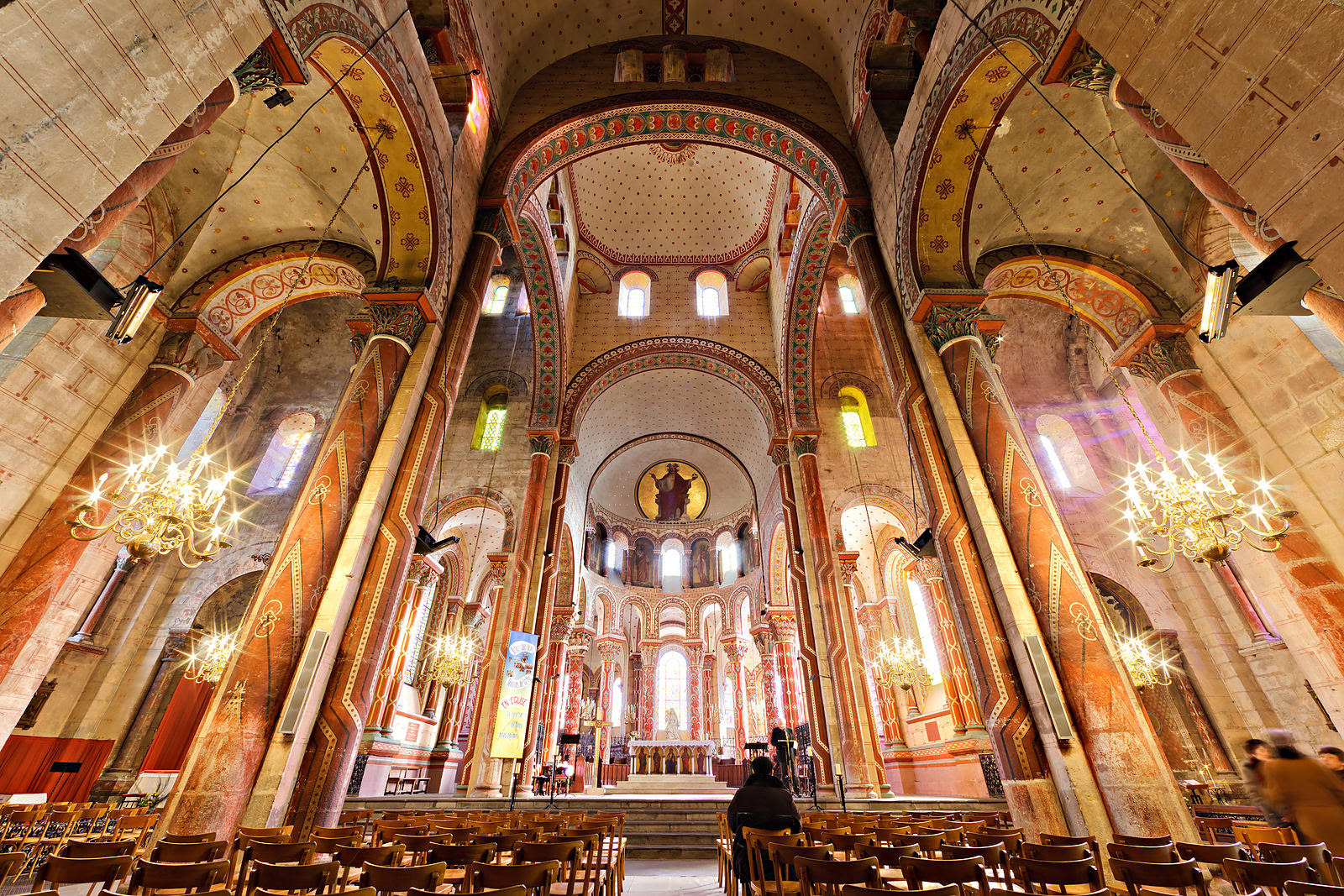 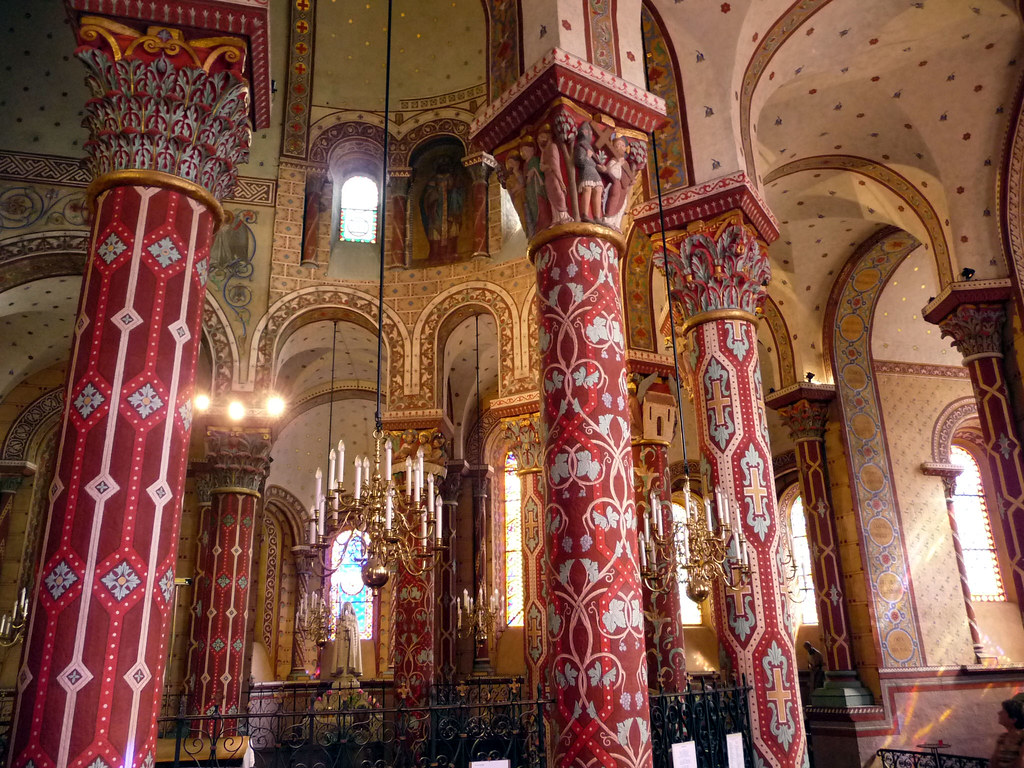