Over Christmas I managed, at the second attempt, to read the whole of Lajos Zilahy's 1949 novel The Dukays. I had statred it some time ago, got half-way through and was distracted from it, and realised I would have to start again. Given that it is almost 800 pages long, and is a novel that you want to keep reading it is a book for when one has a few days free of other things to worry about. 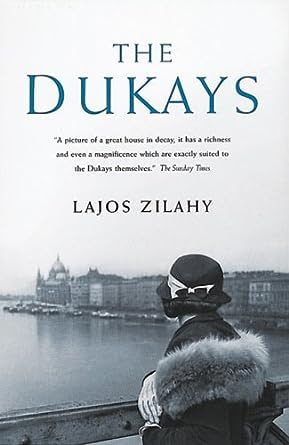 The novel has something of War and Peace, or Gone with the Wind about it combined with much of the ideas in Brideshead Revisited. I do not know how much, if at all, any of those works influenced Zilahy but there are resemblances.

Set in the years before the Great War and in the inter-war years it is the story of the Dukays, a great Hungarian aristocratic family and how they react and adapt to the dissolution of the Habsburg Monarchy and life in the post-Trianon Hungary under Admiral Horthy.

It is a richly textured story, told in different and varying voices and ways, including a skillful pastiche of an inaccurate Court memoir by one of the family. It is more than just a family saga or a history of a class or country - it is a  wide canvas painted with both broad brush strokes and fine detail.

Whether or not one necessarily shares  all of Zilahy's emphases or interpretations it is a book well worth reading, both as a portrait of an age and as an enjoyable and fascinating story.

Lajos Zilahy (1891-1974) was born in Transylvania, went into exile in the USA in 1947 and is considered by many the leading Hungarian writer of his era. There is an online introduction to his life here and his great nephew has a very interesting piece in  Some reminiscences about Lajos Zilahy.

The novel has been reprinted in paperback by Prion in their 'Lost Treasures' series. Though it stands by itself the book is the middle section of a trilogy looking at the history of Hungary through the life of the family - Century in Scarlet looks at the Metternich era and the 1848 Revolution, whilst The Angry Angel continues the story into the Second World War.