Some months ago a former student of mine from the US asked me in an e-mail my views on the cult of Charles King and Martyr. To mark the anniversary of the King's death in 1649 here is a reworked version of my replies to my American friend:

Essentially I still endorse it, despite my no longer being an Anglican. Without the King's principled resistance England might well have become a Calvinist country as happened in Scotland, and thus the possibilities raised by the Oxford Movement, and all that engendered, have been far less likely.

Similarly by not compromising on his royal authority, and by the questions he raised at his show trial he saved the institution of the Monarchy from becoming a cypher for politicians - then, or even now. Let us be clear  - there is nothing very democratic, or constitutional about Pride's Purge, which was part of a military coup against the existing Parliament, and as the King pointed out, where were the people of England at his trial?

As to the whole conflict of the Civil Wars - it started with one faction disliking the one in power and trying to unset it over matters of religion as much as over taxation, let alone lofty ideas about Parliamentary rights. There is one view which sees the English conflict as originating in the last noble revolt against the Crown (unless you include 1688 and the seven Earls ...), and I suppose both the Scottish and Irish revolts can be seen in that light as well as being a religious war in the first case, and a religio-socio-ethnic one in the latter.

King Charles I and his aides may well have been insensitive to the realities of English and Scottish opinion and practicalities, but what they sought to do was no more or less "democratic" than their opponants' aims, and were, in the main, more inclusive in their intention. They, like their opponents, were seventeenth century people, and it would be wrong to expect in them ideas or attitudes other than those possible for men and women of the time.

His opponents are not, in the vast majority, an attractive or likeable bunch, and, not infrequently, far from the models of radical rectitude their later admirers have thought or made them out to be.

King Charles certainly had his limitations as a ruler, and made disastrous mistakes of judgement, but he was not necessarily wrong in what he sought to do, nor was he failing to seek to act in the common good.

There is no small element of classical tragedy in the story of the King - a man not born to rule who perhaps, as I have suggested before, spent his adult life wondering what his elder brother would have done in the situations he found himself, a man of genuine convictions  and firm beliefs, but unable to live up to the greatness they might have evinced on crucial occasions, stubborn rather than resolute at times, not always a good judge of men and situations, yet who in defeat and facing death rose to the occasion and won the moral victory over his killers. In that, and to which contemporary writers opposed to him bear witness,  he secured a triumph, the triumph of a martyr for his beliefs. In securing his death the regicides slew their own cause, not his. 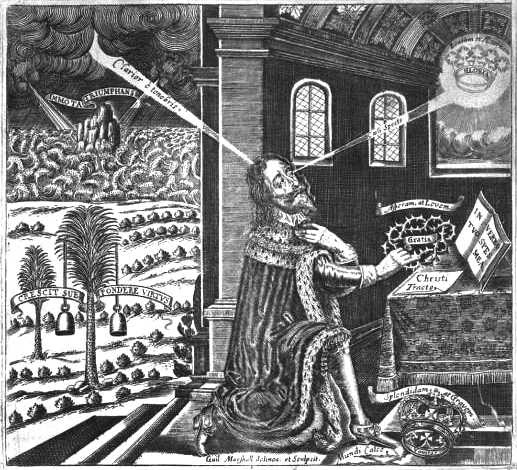 Fr Hunwicke has, as usual, some interesting thoughts on today's anniversary and on the beatification of one of King Charles I's descendents last week in his post today on blessed Charles Stuart. A Beatification last Saturday.