It was on the morning of January 30th 1889, 125 years ago today, that the staff of Crown Prince Rudolf of Austria-Hungary discovered the bodies of the heir to the throne and his teenage mistress Mary Vetsera in their bedroom at the hunting lodge at Mayerling in Lower Austria. 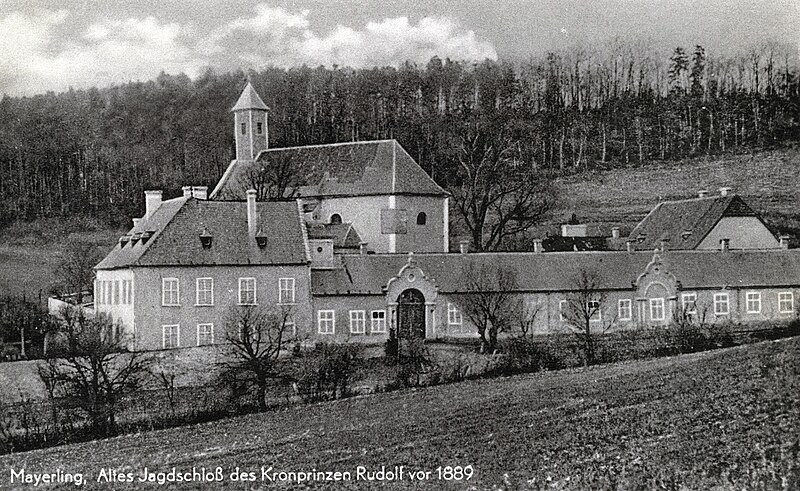 The hunting lodge at Mayerling as it appeared in 1889

Immediately shrouded by the Imperial household and government to conceal what had actually happened the story remains mysterious and not fully explained to this day. From members of the Imperial family downwards there have been theories some more or less far-fetched to explain the events of that night and the attempts to present what had happened in as favourable light as possible given the dreadful circumstances. 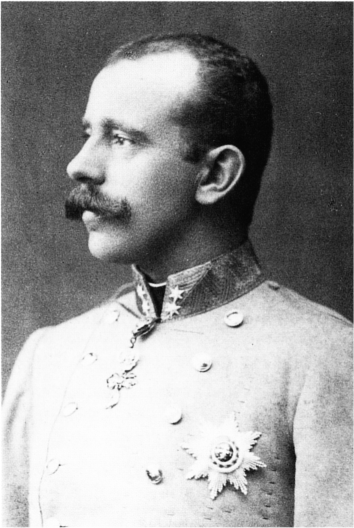 This photograph apparently is from 1889, and shows him clean shaven apart from his moustache, as in the photograph of his corpse below. The side-whiskers and beard which he is often shown wearing in photographs appear to have been a fashion he had in earlier years but had abandoned by the time of his death.
He is wearing the Order of the Golden Fleece and the star of the Order of St Stephen.

abnd one of his wife, who diedin 1945, at Princess Stéphanie of Belgium. The unconventional life of their daughter, who died in 1963, can be read at Archduchess Elisabeth Marie. There is an online life of his mistress which can be read at  Baroness Mary Vetsera. 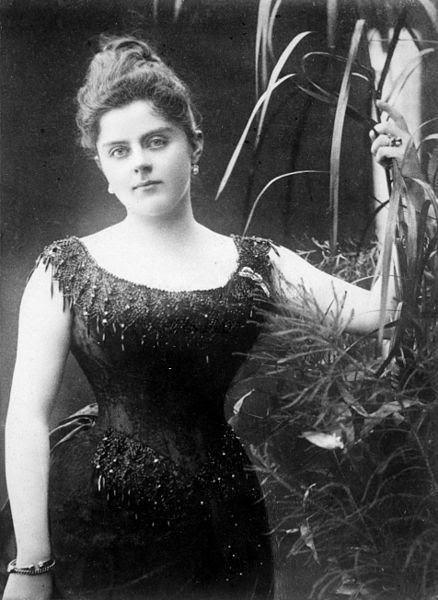 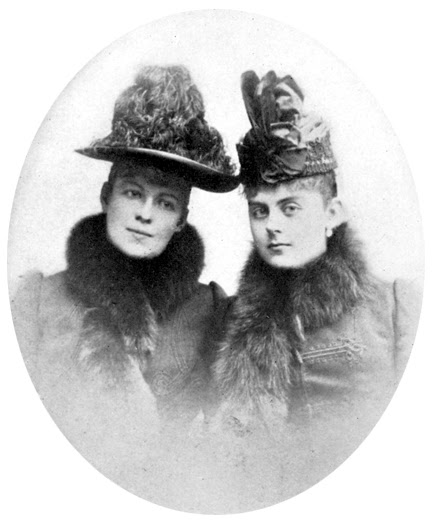 The last photograph taken of Baroness Mary Vetsera (at right), wearing the dress in which she was buried. On the left is Countess Marie Larisch, cousin of Crown Prince Rudolf who arranged assignations between him and Vetsera. Her memoirs My Life are usually regarded as a very unreliable account of her part in the story. They are, incidentally, a source for T.S.Eliot's The Wasteland

The events and theories which seek to explain what happened are set out in this online article which can be read on the Mayerling Incident.

From what I have read over the years of the story I am inclined to believe the simplest, that Rudolf, for whatever reason, killed Mary Vetsera and then, some hours later, shot himself, rather than elaborate theories of a French plot - as apparently was the opinion of the Empress Zita - or that he was assassinated by Austrian special forces as an embarrassment and threat - as in Judith Listowel's biography of the Archduke. Other theories and possibilities are discussed in the last link cited above.

The events of that night still have the power to shock, and it is not surprising they have spawned and inspired so many explanations and also so many films, dramas, a ballet and books. 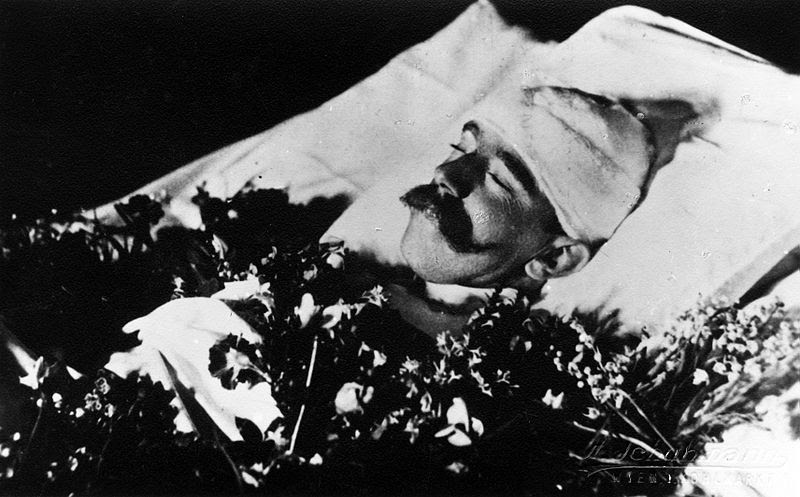 Crown Prince Rudolf placed in a bed for private viewing by his family at the Hofburg Palace in Vienna. His head had to be bandaged in order to cover gunshot wounds. When he later lay-in-state, his skull was reconstructed using wax so that his appearance appeared normal.

There is an account of Mayerling as it is today here. The hunting lodge was turned by his parents into an enclosed Discalced Carmelite convent of nuns to pray in perpetuity for the soul of the Crown Prince, and it remains that to this day, and that seems as appropriate way as any of marking the anniversary.


** I have seen one curious, indeed bizarre, modern memorial the events of 1889. It is a modern house in the village of Wressell in the East Riding near the remains of the medieval castle and which bears in large letters the name "Mayerling". What a name to choose for your home.