A bone of King Alfred?


I see on the BBC website that a fragment of bone unearthed in 1999 could well be part of the remains of King Alfred the Great or of his son King Edward the Elder. The report is here. There is also a report in the Daily Telegraph, which has links to related reports about these and other Anglo-Saxon royal remains. It can be read here. 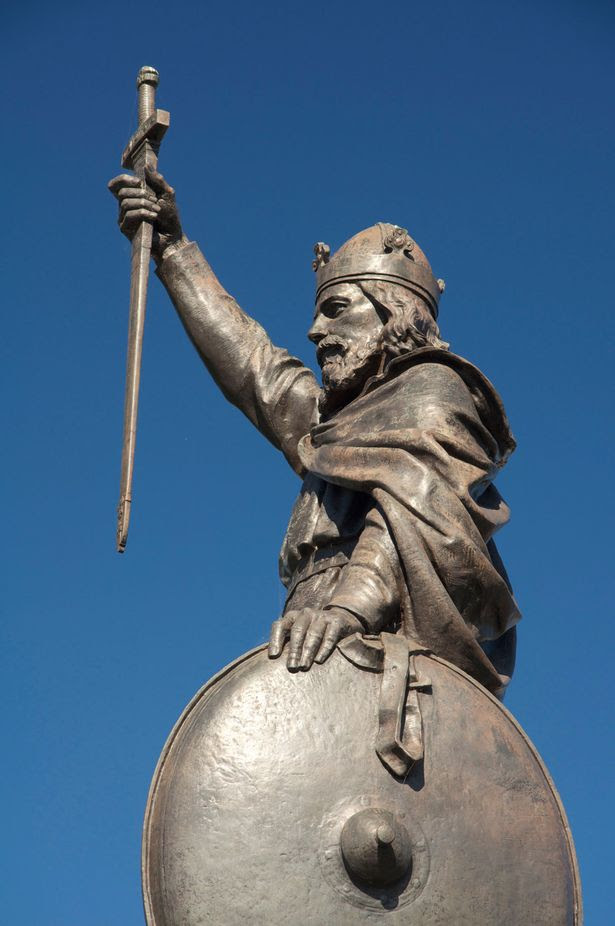 The nineteenth century statue of King Alfred in Winchester

I recall that in 1999 to mark the 1100th anniversary of King Alfred's death in 899 there were excavations at the site of Hyde Abbey in Winchester to try to locate the remains of these Kings, but that nothing had apparently been found. Now perhaps, possibly he has turned up. In the wake of recovering the remains of King Richard III there is clearly interest in findfing 'lost' Kings like Alfred or Henry I at Reading, or maybe even Edgar at Glastonbury. As the report indicates getting a DNA link might be very difficult, but it is an interesting and thought provoking possibility. We will await developments with interest.