Today is the anniversary of the guillotining of King Louis XVI in 1793. French Royalism has had a somewhat chequered history ever since 1830, but it retains perhaps more vitality than many outside the country might credit it with. Last year the Radical Royalist blog had a post with a link to a list of the many Masses offered in France and elsewhere for the King on or close to the anniversary. It can be read here. 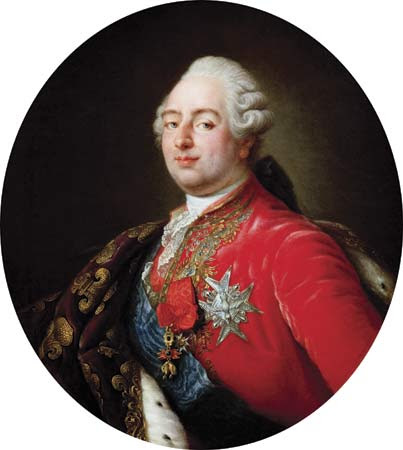 
King Louis XVI faced an almost impossible task in governing a country with so many vested interests as Ancien Regime France. Most people saw the need for some kind of reform, from the King (and indeed his grandfather King Louis XV) downwards. The problem was that no-one in the establishment wanted their particular privileges removed or diminished and, once cracks appeared in the facade of the system, the Third Estate - which was hardly a unified set of interests  - could, and were, manipulated to more and more radical solutions by a section of the political intelligentsia.

Reform on the lines adopted by so many other eighteenth century monarchs, usually misnamed Enlightened despots - they were neither, but rather reformist monarchs formed in a traditional model of social organisation - was needed in France. The realm had become complacent and the system increasingly ossified; what had worked under King Louis XIV no longer worked as well under his great-great-great grandson. Trying to achieve such reforms as the revolutionaries attempted to do so rapidly in such sweeping changes was illusory and destabilising. Ironically Queen Marie Antoinette's brother the Emperor Joseph II pursued an often radical agenda in his reforing urge to change his domains, and there the conservative forces eventually put a brake on him. The Emperor in some of his rhetoric and actions looked at times very like the more moderate French revolutionaries. In other words the urge to reform was strong, but the issue was how who was in charge and how they responded to the situation facing them.

What was no doubt needed from King Louis XV and King Louis XVI was a commitment to reform they, it must, be admitted, did not possess to the extent that was needed, and able ministers who were backed by the Crown.

What most certainly was not needed was the loss of control and the rapid and chaotic spread of revolutionary and millenarian ideas as happened from 1789, and the destructive mania that destroyed so much of value in the frequently vain quest for a new dispensation.


King Louis XVI might not in even different circumstances have been a great King, but he, and his family and realm, most certainly did not deserve the fate which overtook him and them, and which still scars the country. Like King Charles I in England or Bl. Charles of Austria he acquired a dignity in his fate which impressed contemporaries and should impress us now.