The Prussian Crown of Wilhelm II

Following on from my previous post about the accession of Wilhelm II as Kaiser and King in 1888 here are pictures of the crown he commissioned as King of Prussia. The German Imperial Crown only existed as a model and in heraldric use, and there was no ceremonial investiture with it.

The Kings of Prussia did have a crown, and a coronation rite - notably as used by King Wilhelm I in 1861 at Königsberg - the first coronation of which there are photographs. In 1888 his short lived successor son Frederick III had visions of an Imperial coronation as Emperor Fredertick IV of a renewed Holy Roman Empire, but his failing health and the opposition of this Chancellor Bismarck - who pointed to the new constitutional dispendation of the post 1871 German Empire - prevented that ever being more than an idea.

The new Kaiser-King also thought of a traditional coronation at Königsberg, but Bismarck, who disliked the outward ceremonial of state dissuaded him. However the new monarch did have a new crown made as King of Prussia in 1888. 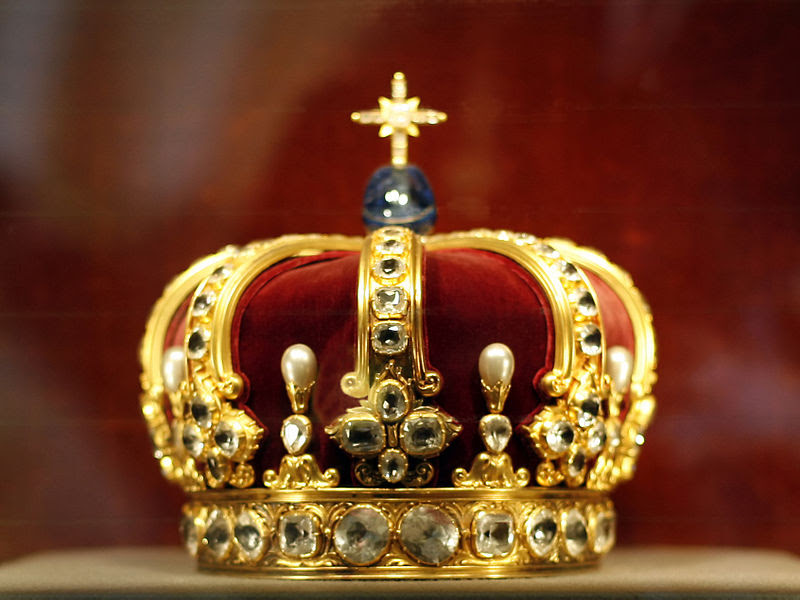 The Crown of Prussia made for Kaiser Wilhelm II

Although he never wore it the crown does appear in some portraits and photographs from the early years of his reign.

When the Kaiser abdicated  in 1918 he was permitted to retain the family jewels, which included the Hohenzollern crown. To protect it from theft and destruction, during the Second World War  it was hidden in a wall in the crypt of a church. Following the war it was returned to the Hohenzollern family, and it is now kept at the family residence of Hohenzollern Castle in Swabia. 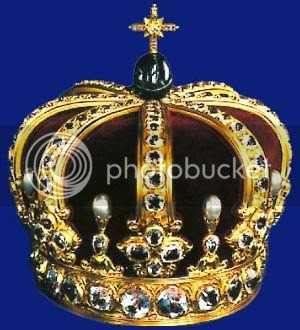 
The older regalia survives in Berlin, and the 1701 crown clearly provided the design for the one made in 1888: 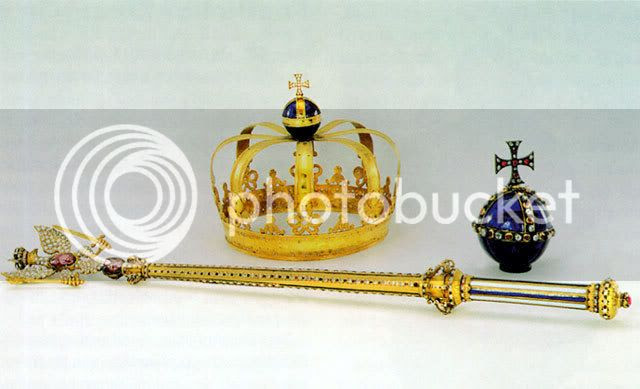 The Prussian Crown Jewels: The crown of King Frederick I - as it is today: a gold frame devoid of diamonds - together with the orb and sceptre, on display at Charlottenburg Palace in Berlin. 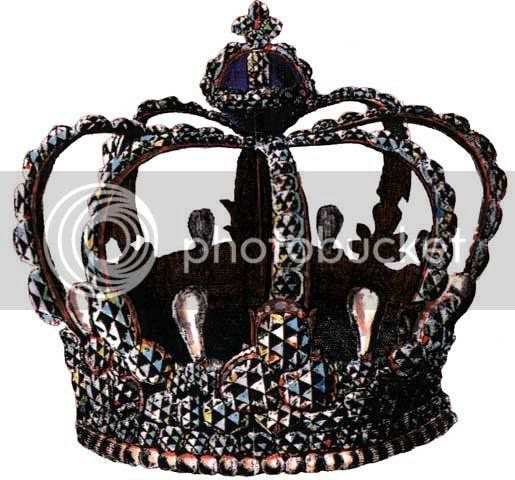 Modern model of the original appearance of the diamond-studded crown of King Frederick I of Prussia, now at Charlottenburg Palace in Berlin