Today is the feast of St Boniface, who was killed by Frisian pagans on this day in 754. Born about 680, traditionally it is said at Crediton in Devon, he became a monk, but his missionary work in converting the Germans east of the Rhine has led him to be called the Apostle of Germany. He has been described as the most influential Englishman in continental terms before the Norman Conquest, and even as the greatest Englishman ever. There is an account of his life and achievements here. 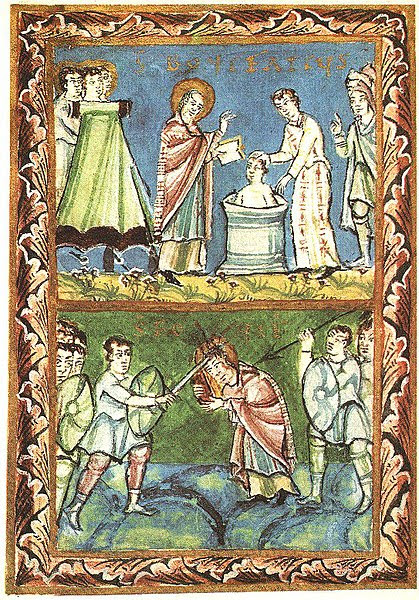 St Boniface baptizing and being martyred - from the 11th century Fulda Sacramntary
Image:Wikipedia


The Gospel Book he is said to have held up to ward off the swords of his murderers still survives -  complete with a sword cut in it.

Boniface had established his see at Mainz, and is commemorated in the cathedral by this memorial effigy of 1357:


His relics are however buried at the monastic centre established by his follower St Sturmius at Fulda in Hesse. There is an introduction to the history of the town here. 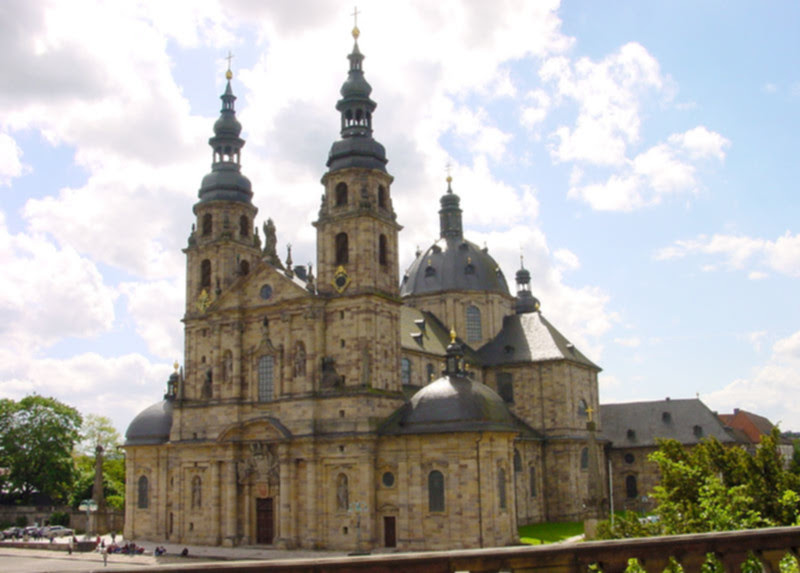 Fulda Cathedral
The abbey church as rebuilt in 1704-12. It became the cathedral of the newly created diocese in 1752.
Image:Wikitravel

There is more about the history and architecture of the abbey and cathedral church here. There is a fine set of illustrations of the cathedral and its furnishings in the 2010 post  The Heart of Catholic Germany (Part I) from the New Liturgical Movement  which includes  views of St Boniface's tomb.