The birth of King James III and VIII

Today is the 325th anniversary of the birth in 1688 of Prince James Francis Edward, son of King James II and VII and Queen Mary of Modena, the Prince of Wales whose birth was to lead to the overthrow of his father in the late autumn of that year. Despite scurrilous attempts to claim that he was a changeling as he grew the physical resemblance to both his parents became ever more apparent. 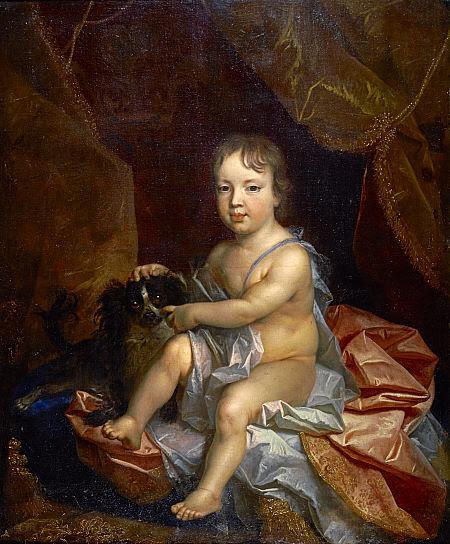 He succeeded his father as the de jure King James III and VIII in 1701, and died on January 1st 1766 - thus claiming the crown longer than the reign of Queen Victoria.

There is an online life of him here. Edward Gregg's not especially sympathetic biography from the Oxford DNB is here.

His life was spent almost entirely in exile, a life of genteel and pious frugality, indeed a life noted for its piety derived from both of his parents, in St Germain and the fringes of the French court, Avignon and the Palazzo Muti in Rome. It was an unhappy life much of the time, waiting for a restoration that never happened, and with an unhappy marriage and estrangement from his elder son. Nonetheless a not inconsiderable number of impressive portraits were commissioned from painters, presumably in response to demand as well as the need to publicise his claims.

Thus he appears as the appealing and romantic young claimant to the throne in this portrait by Jean-Francois Detroy now at Fairfax House in York:

He appears as a dashing but serious young man in 1712 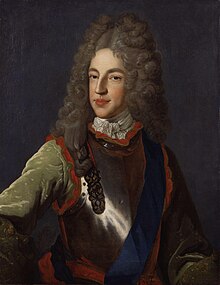 and as a monarch in waiting in Alexis-Simon Belle's portrait of 1712-14 now in the British Embassy in Paris:


Louis Gabriel Blanchet's portrait of 1741 now in the National Portrait Gallery suggests a majestic presence, even if the reality was somewhat different: 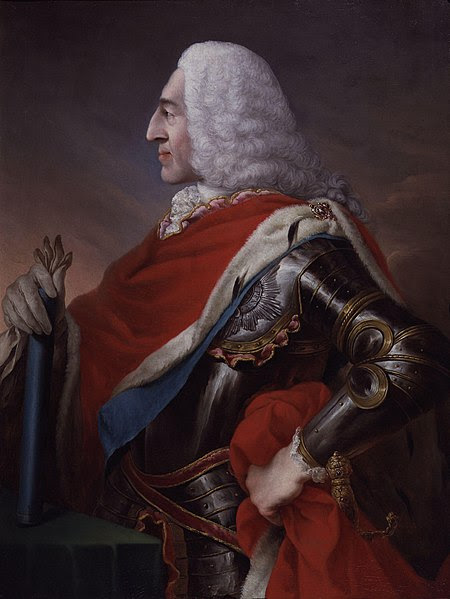 In some respects he was  not that unlike King George I and King George II - not least in his estrangement from his heir. In his later years he was referred to by Hanoverian agents as Old Mr Melancholy. Had he been willing to give up his Catholicism then his life might have been very different, and there would no doubt, had he done so by that time, have been no Hanoverian succession in 1714. His own view was that he was happy to offered tolerance to his subjects, but sought it in return for his own deeply held beliefs

I cannot really be logical and say when I would have stopped being Jacobite - I might well have found an excuse with the death of Cardinal York/ King Henry IX in 1807, but then again I might not - I suspect it was with the long continuance of Hanoverian rule that people came to accept it. I do not know if anyone has worked out indicators of support for the two lines or dynasties at anything like the popular level in 1688-9, 1701, 1714, 1715, 1745 or whenever. In 1745 there was certainly a popular welcome for Prince Charles Edward as he marched south, and panic in London at his approach.

I am not alone in my ambivalence - King George IV made a contribution to Canova's tomb for the exiled Stuarts in St Peter's, Queen Victoria erected a memorial to King James II and VII in the church at St Germain, and was to be heard, certainly when in Scotland expressing sympathies for Charles Edward and the events of the '45, and in 1939 it is said that King George VI discreetly paid the costs of the new Stuart tomb when their bodies were moved to accommodate the burial of Pope Piux XI. Today the Queen's website has this to say today about the man born to be King 325 years ago.
.
Posted by Once I Was A Clever Boy at 09:53