I was interested to see the report on the BBC website tonight about the commencement of the rebuilding of the shell of the Stadtschloss in Berlin. The report can be read here.
The schloss was the winter palace of the Kings of Prussia until 1918. Although damaged by bombing early in 1945 it was destroyed for ideological and political rather than structural reasons by the East German regime in 1950 when it was dynamited. Since 1989 there has been much debate about the proposal to rebuild it, and what form that should take. These disussion are summarized along with the history of the palace in the illustrated online article here. 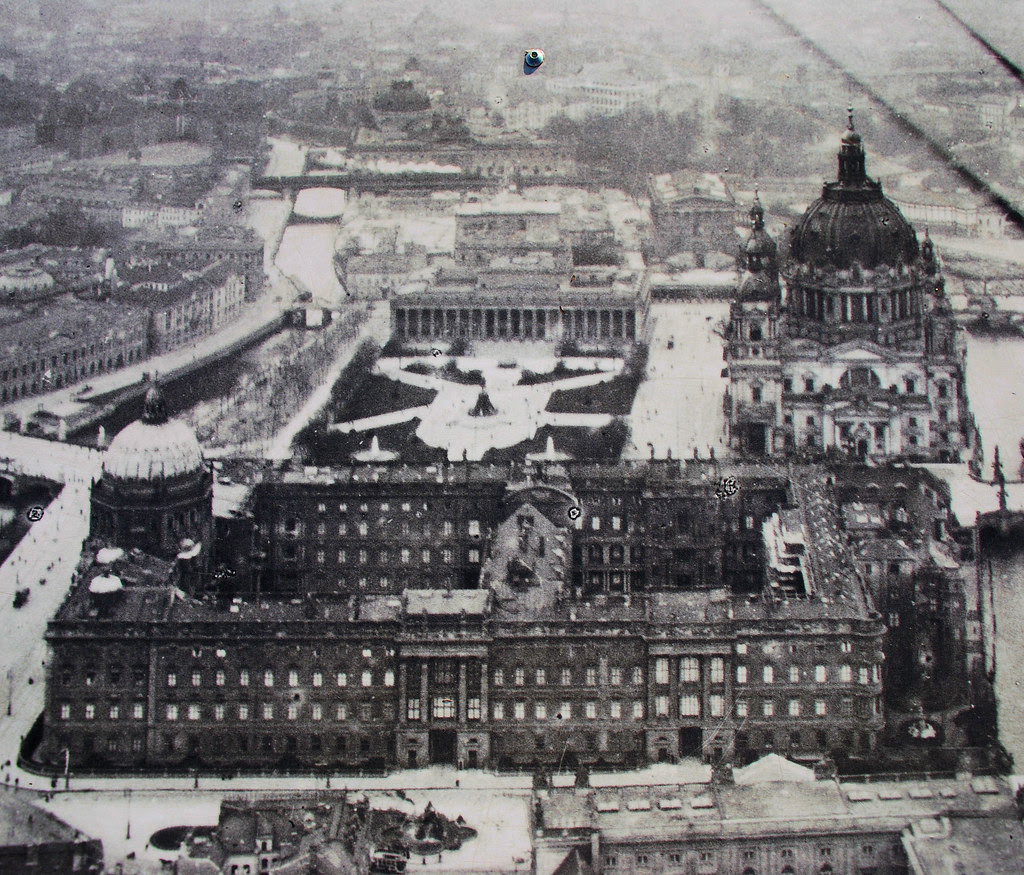 An aerial view of the Berlin Schloss taken in 1910

Image:Wolf on Flickr
Kaiser Wilhelm II apparently did not like living in the palace - he felt it was not secure enough in case of an attack, and after the outbreak of war in 1914 he and the Empress lived at another of the Berlin palaces

Now I do feel tempted to add that if they can begin to rebuild the palace, firstly do it properly and completely, including reconstructing the interiors, and secondly, restore the people it was built for.