I was interested to read in a recent post on the Medieval Religion discussion group that Pope Gregory VII started to mandate a standardisation of the liturgical rite in early 1074.  His letters in March 1074 to King Alphonso VI of Castile and Leon and King Sancho IV of Navarre are clear that the kings need to get the liturgical life of their realms aligned with Rome (he mentions that the Toledan/Mozarabic order will not be sufficient - it must be the Roman order).  He returns to the subject in a letter to King Alphonso VI in 1081, praising him, and holding him up as an exemplar, for restoring the Roman rite.  In that he can perhaps be seen as a precursor of King Philip II and his insistence that the decrees of the Council of Trent be enforced in his realms in the later sixteenth century.
With regard to the Hildebrandine reform, as the MR contributor points out, these letters, if nothing else, gives us a significant indicator at a starting point for the attempt at standardisation - and that it was tied, from the Pope’s perspective,  to his broader reform programme. It is also an answer, in part, to those who claim that such Papal initiatives are a modern thing, and indeed, that they are unjustified and unprecedented actions. 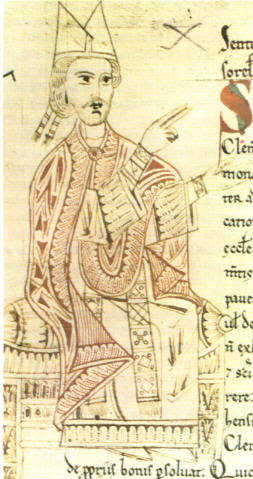 Pope Gregory VII
Image: uncouthreflections.wordpress
There is an online account of King Alfonso VI here and for those with Spanish there is a fuller version here.   The King was a notable patron of the abbey of Cluny and encouraged the Cluniac presence in his kingdom along the pilgrimage route to Compostella.
King Sancho IV was to be a victim in 1076 of the fratricidal tendencies not infrequently displayed in these years by the Iberian royal houses as can be seen in the online account of him here. 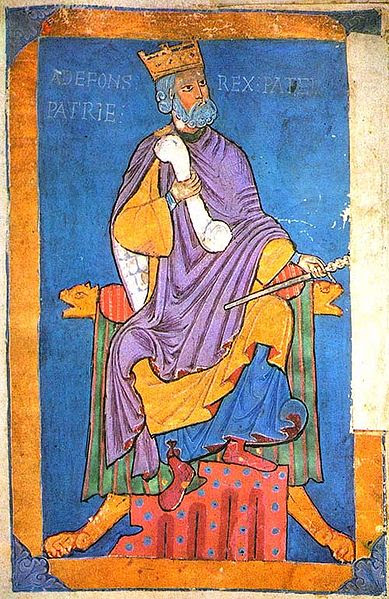 Image: Wikipedia
Posted by Once I Was A Clever Boy at 22:58

"It is also an answer, in part, to those who claim that such Papal initiatives are a modern thing"

Hmmm. There are those of us for whom the eleventh century *is* modern!

I wouldn't equate Gregory VII's asking that the Roman Order be implemented broadly with the aggression and conquest of the Pauline reform, or even the Pian reform. Use of the Roman Ordo did not necessarily mean the exact prayers, texts, melodies and office as it does today. The Mozarabic rite hardly even counts as a Latin rite, save the language in which it is said. The difference between—for instance—Lyon and Rome is menial compared with the difference between Rome and Toledo. We may as well say Gregory I was standardizing when he told Augustine to bring a form of the Roman rite to England. There seems to be a qualitative difference, that goes beyond era, between Gregory VII and the modern McDonalds-like uniformity of the Roman rite today.