The Battle of Hexham

Today is the 550th anniversary of the battle of Hexham in 1464. This Yorkist victory over the Lancastrians resulted in the end of the ule of part of northern Northumberland by the supporters of King Henry VI. The Lancastrians, led by Henry Beaufort Duke of Somerset, had been defeated with ome losses at the battle of Hedgeley Moor on April 25th and the battle at Hexham finished them as a group - probably more were beheaded after the battle than died in combat

There is an online account of the earlier battle here , and another discussion - perhaps more scholarly, from the US based Richard III Foundation - at Hedgeley Moor.

As I wrote above the result of the battle was the capture and summary decapitation of the Lancastrian leadership, most notably the 28 year old Duke of Somerset. He was beheaded the same day in Hexham market place, and buried in the adjacent Augustinian monastery. Technically a priory it is now known as Hexham abbey, and is treasure-house of medieval ecclesiastical art. A plaque in the Market Place commemorates his death. 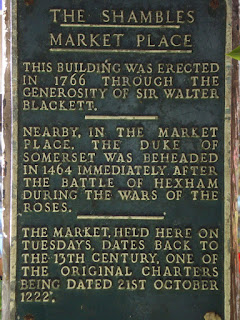 The new Oxford DNB life of him by Michael K. Jones can be read here, and there is another useful biographical article about him here. Although by no means always successful as a military commander Somerset had shown himself a resourceful and determined figure, and indeed jouster, whilst still managing in 1462-3 to make his temporary peace with King Edward IV, before heading north to raise the border area for King Henry.

His death meant that his younger brother Edmund (b.1438) succeeded to the leadership of the Beaufort connection and claim until his execution after the battle of Tewkesbury in 1471, a battle in which their youngest brother John (b.circa 1455) had been killed. With them ended the legitimate male line of the Beauforts. Any claim they might have to the throne - notwithstanding King Henry IV's formal denial of it - now resided with their cousin Lady Margaret Beaufort, and her son, Henry Tudor Earl of Richmond.

However Duke Henry had left an illegitimate son, Charles Somerset, born about 1460 to his mistress Joan Hill. Under the rule of King Henry VII and King Henry VIII Charles married a south Wales heiress and rose to become Baron Herbert and in 1514 Earl of Worcester, as well as a Knight of the Garter. There is an introductory account of him here, and Jonathan Hughes' comprehensive Oxford DNB biography can be read here. He died in 1526 , leaving his titles and estates to his son and his descendants. Prompted to the Marquessate of Worcester by King Charles I they hoped to regain the Duchy of Somerset. The revival of the Seymour title to that in 1660 frustrateds that plan, so in 1684 the Somersets became Dukes of Beaufort - an elegant solution to patronymics and titles for the lineal descendants of those Beauforts Dukes of Somerset.

Today the title is held by the eleventh Duke, who is thus in direct male line of decent from John of Gaunt, the progenitor of the Beauforts. The late Duke in his memoirs pointed out the strong family resemblance of his father to King Henry VIII, and he, the tenth Duke, in his youth and as a young man certainly had a strong resemblance to the quintessential Plantagenet image. In the portrait and effigy of the first Earl of Worcester there is not only that cast of features but maybe some idea of what his father and uncles, of whom no portraits survive, looked like.

Charles Somerset (c.1460–1526), by an unknown sculptor.
Effigy on his tomb at St George's Chapel Windsor 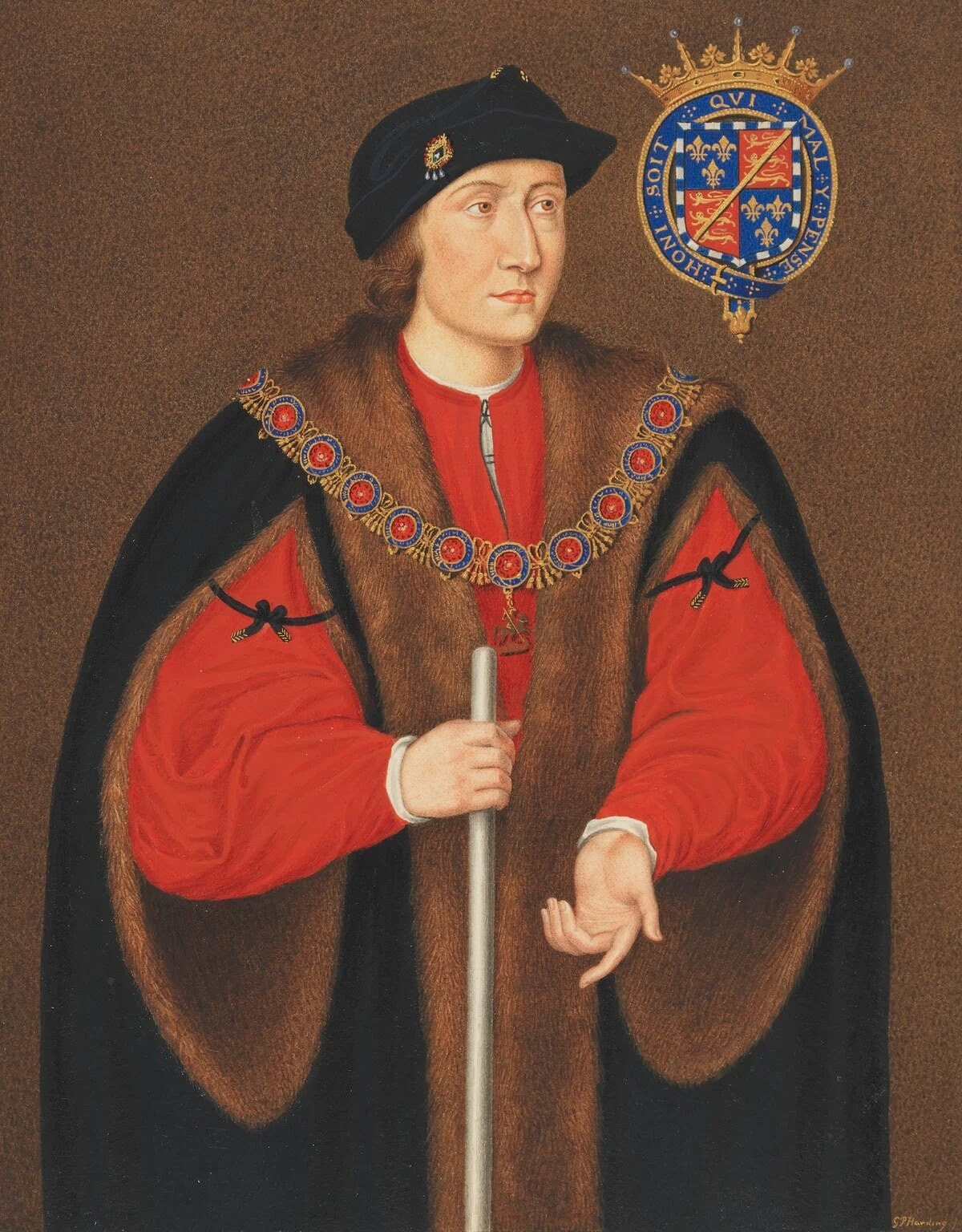