First Vespers of St Philip at the Oxford Oratory

Yesterday evening at the Oxford Oratory we had Solemn First Vespers of the Solemnity of St Philip. This was, as always on such occasions, a very splendid celebration, and one that was properly prayerful and devout. I have copied the photographs from the Oratory website and added some captions. 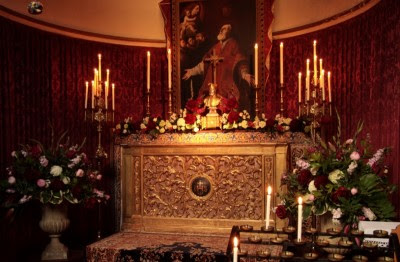 St Philip's Altar with the relic bust of the saint.
The painting is a copy of Gido Reni's famous image, and was painted by Maria Giberne, one of Newman's penitents, and comes from the Birmingham Oratory. 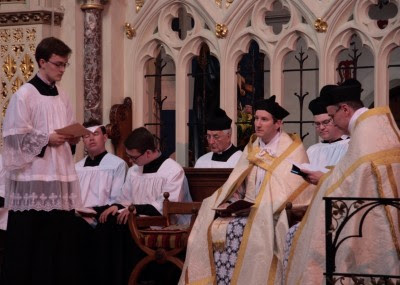 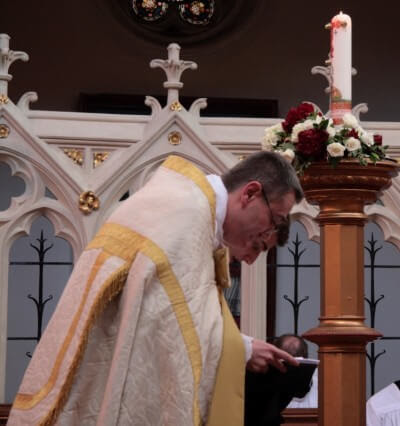 The Cantors, Fr Dominic and Br Oliver, bow during the doxology 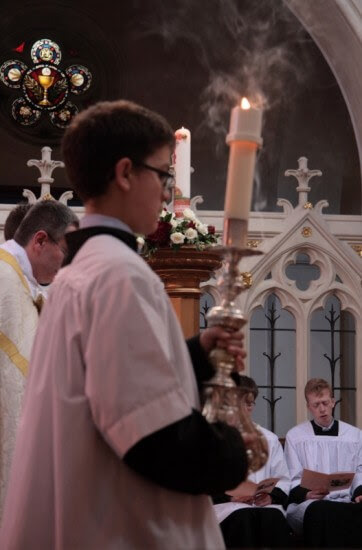 Acolytes and some of those in Choir 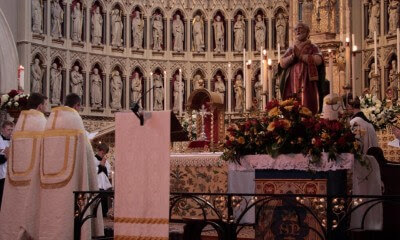 The Sanctuary during Vespers 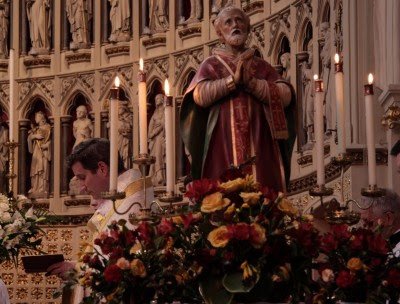 The statue of St Philip 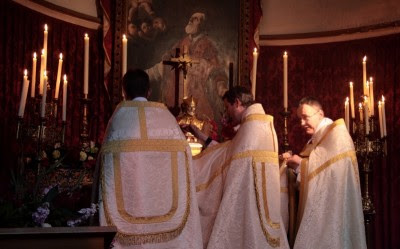 The incensation of St Philip's Altar and relic 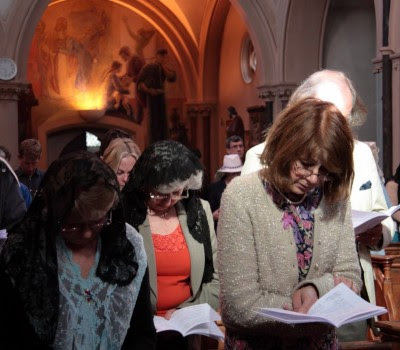 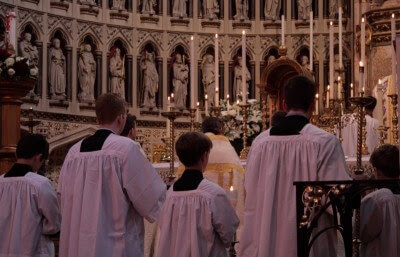 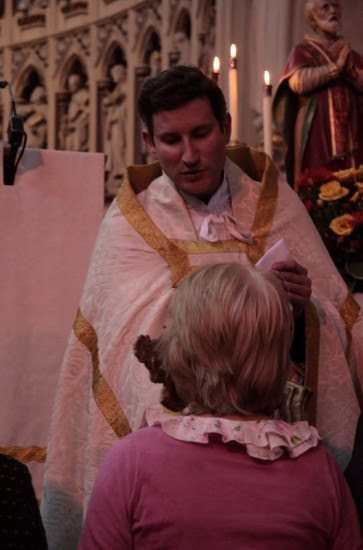 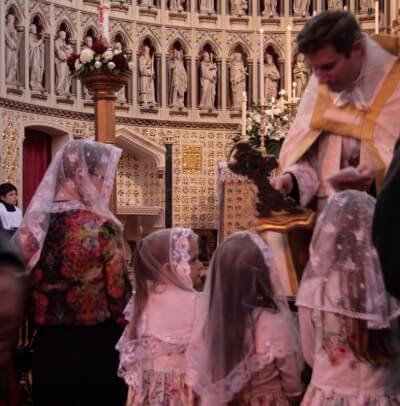 The Oxford Oratory has a young and devout congregation


The photographer was a new recruit to taking photos on such an occasion and has done splendidly - I suspect they have got themselves a new role at the Oratory.