Bicentenary of the Norwegian Constitution

Today is the bicentenary of the Norwegian Constitution, agreed at Eidsvoll in 1814 under the short-lived rule of King Christian Frederick - later King Christian VIII of Denmark.

The Consititution, amended over the years but still the same basic text is the second oldest written constitution still in force - that of the United States being the oldest. In Europe only those of Poland composed in 1792, of revolutionary France and the Cadiz Constitution of 1812 for Spain are older, but no longer in force. Unlike the other Scandinavian monarchies whose constitution are agreements on how the country is governed under the Crown rather than complete codes of governance Norway followed a more radical route which has seemingly served it well, both before the 1905 proclamation of independence from the rule of the Swedish dynasty under King Oscar II and then under King Haakon VII and his descendents since 1906.

There is an online article about the constitution at Constitution of Norway and the full text can be read at The Constitution - Complete text - Stortinget.

This is then an opportunity to express greetings and good wishes to my Norwegian friends both in Norway and in the UK and to wish them a very happy Constition Day. 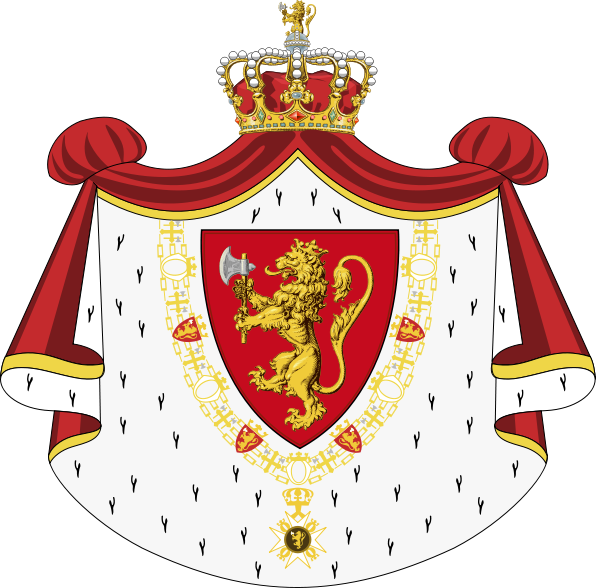 Arms of the King of Norway