As today is the feast of St Agnes it seems not inappropriate to draw attention to the Royal Gold Cup, which is now in the British Museum. The Cup is decorated with enamelled scenes which narrate the story of St Agnes. The cup is a rare and spectacular survival of late medieval French goldsmiths' work, and is of the highest quality. A detailed account of the cup, its dating and history as well as of its decoration can be read here. 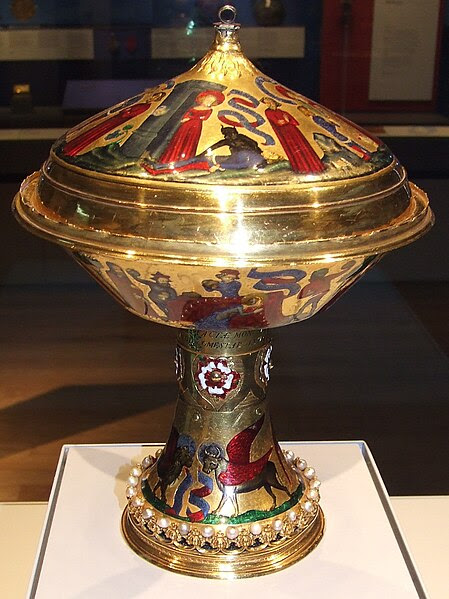 Given the fate of so much historic plate from this period its survival is little short of miraculous, not least given its travels from France to England in the Hundred Years War, to Spain in the seventeenth century and then back in the nineteenth century to England.

Not only is it beautiful in itself and for its craftsmanship, but it demonstrates the fusion of sacred images with secular uses in the court culture of the late fourteenth century.

If you have not already seen the Cup, next time you are in the British Museum go along to the medieval gallery and see it for yourself