The Chair of St Peter at Rome - some reflections 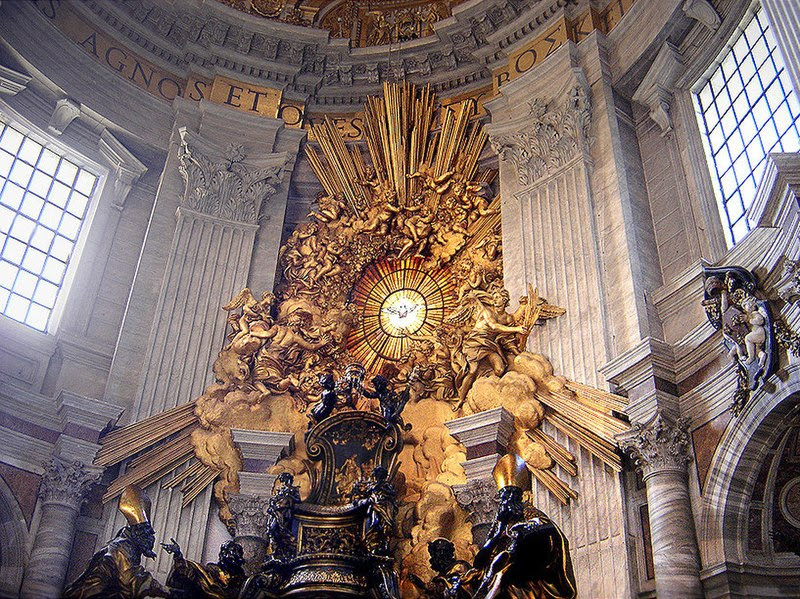 There is an online history of the observance and the physical relic and reliquary here. The original date appears to be February 22, and that was the day observed as a feast in Rome until the post-Tridentine reforms of the calendar. Some places celebrated it as a feast on January 18th to avoid losing the observance with it often falling in Lent, and from this arose the idea of commemorating both of St Peter's cathedra - Rome in January, Antioch on the original feast day.

The feast is, of course more about the continuing Petrine ministry of the Papacy than about a tangible relic or past event, and that point gives me the opportunity to post one of my favourite quotations from an historian. It comes from Walter Ullmann's introduction to his A Short History of the Papacy in the Middle Ages, first published in 1972 and still available in new editions, and, having made his essential point that the history of the Papacy is the history of an idea - the Petrine claim - this is what he then says...

as an institution it has witnessed the birth, growth, prosperity, decay and disappearance of powerful empires, nations and even of whole civilizations; it has witnessed radical transformations in the cosmological field evidenced by bloody revolutions, intercontinental wars and popular upheavels of such magnitudes and dimensions that wholly novel political and social structures appeared in their train.

I think that the first phrase I have quoted, which I first read in 1994, and has stayed with me ever since, was working away at the back of my mind and was a contributory factor to my conversion.