King Charles I's enigmatic command "Remember" to Bishop Juxon on the scaffold on this day in 1649 has become part of the collective memory of the events surrounding the King's death. Was it merely a reminder to carry out a last request or the more significant assumption of the role of royal martyr?

Remembrance is central to the cult of the Royal Martyr - the relics obtained of his hair and blood, as displayed in the recent exhibition at the British Museum, and as will be present at the SKCM's liturgy in the Banquesting House today, and the whole demeanor of the King who nothing mean or common did upon that memorable scene.

The iconography of the Royal Martyr

By his actions the King impressed remembrance of him upon the consciousness of his subjects, not just the fact of his judicial murder. This was his victory over his killers, a subtle undermining of his undoing. In that he followed in the footsteps of his grandmother Mary Queen of Scots ("In my death is my beginning"), and was to inspire King Louis XVI in similar circumstances in 1793.

As King he was clearly not the most skilled of politicians - one watches from a distance of three and a half centuries and observe him moving, if not inexorably, then certainly fatefully towards disaster and destruction; there is an urge to think "now you're not going to do that - oh, you just have..." Nor was he lucky as other were or are. One can see how he exasperated his friends and infuriated his opponants, and how his attempts to extricate himself from problems resulted in an impression of duplicity and untrustworthiness, particularly in the years 1640-42 and 1646-48. 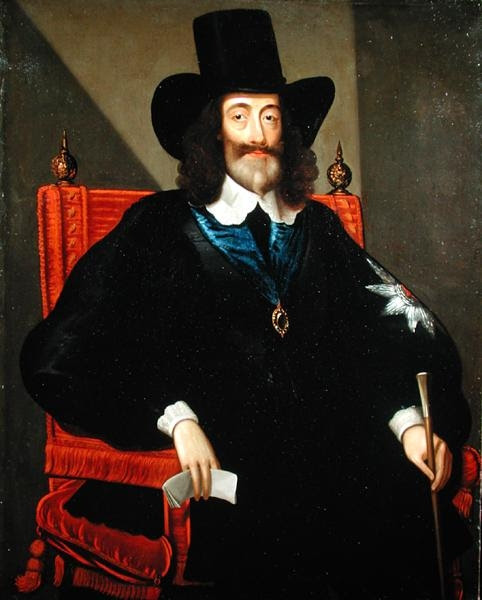 Yet that was all washed away by the King's conduct at his trial, preparation for death and on the scaffold. By seeking to make him accountable to a court the Army and the Rump failed spectacularly. A discredited King, forced to compromise or rendered powerless, would have suited them and their plans to re-create a reformed state. By putting him on trial and killing him they gave King Charles the opportunity to stand alone against their use of force against the source of lawful authority. The man who suffered from a stammer lost his stammer in this supreme crisis and spoke for himself and his people. In his conduct and defence at Westminster, in his repeated questioning and denunciation of what they were claiming to do he vindicated his cause in words. On January 30th 1649 he vindicated his cause in his blood by his actions and behaviour. Here was political redemption of an individual and his cause, and, we may hope and trust, personal redemption for a devout man, who like everyone, King or commoner, was in need of salvation.

Killing the King may have been essential to achieve the "English revolution" (if such a thing ever existed or occurred), but by killing him the revolution was undermined and defeated - the traditional constitution could, and would, be restored.

My post from last year can be read at The Royal Martyr and there are two related posts about the events at Pontefract castle, where the garrison proclaimed King Charles II on the news of his father's death which can be read in Post Mortem Patris Pro Filio and Col John Morris.