Yesterday afternoon my eye was caught in Baker Street tube station by a rather handsome poster advertising visits to see the Crown Jewels. This stated that they were the largest display of such jewels in the world and added the throw away, but very heartening, line that they were "still in use today." The eye-catching picture was one of the White Tower at the Tower of London and, superimposed upon it, a splendid item from the regalia. Fine - except for the slightly curious fact that the piece chosen was the one that is, alas, not in use today - the Imperial Crown of India... 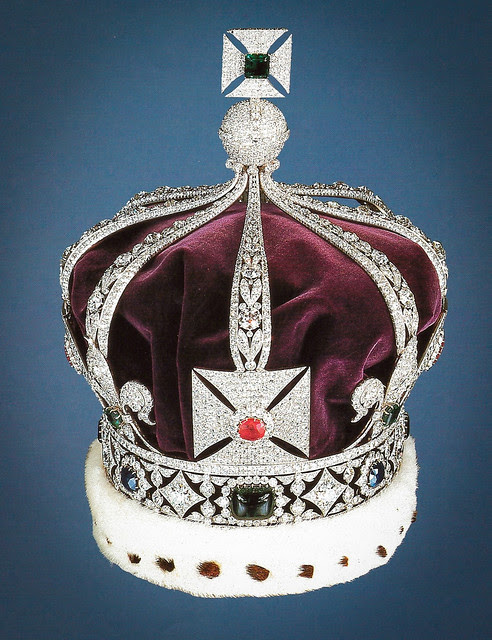 Was the ad-man beguiled by the "bling" of this wonderful crown from 1911 I wondered, or does he know something the rest of us don't?

For my idea, that the piece in question should find a new use as a travelling Imperial State Crown in Her Majesty's other dominions, read my post The Imperial Crown of India from last month.

It is also worth noting that the Imperial Crown of India is not, technically, a part of the offical collection of Crown Jewels. If it were, then its removal from the country to attend the Delhi Durbar would not have been possible as the Crown Jewels may not be taken out of the country.

That is part of my argument - it is not tied legally to the UK.