Christmas Greetings to the Eastern Orthodox


Today being Christmas Day for my Russian Orthodox friends in Oxford and elsewhere, and also observed by my relatives of Serbian Orthodox descent, I extend to them seasonal good wishes.

A Russian Orthodox friend from the church here in Oxford - a redundant church which they have renovated and furnished in recent years - was telling me yesterday of the slightly comic consequences of having to adjust the calendar when everyone else was celebrating in the western tradition. Thus the family's Advent calendar had to be renumbered to start in mid-December, and December 25th observed as an anticipation of today.

My relatives with Serb ancestry got the best of both worlds as children - Christmas as Catholics with their mother and her family on December 25th, then keeping an Orthodox Christmas with their emigre father almost a fortnight later. 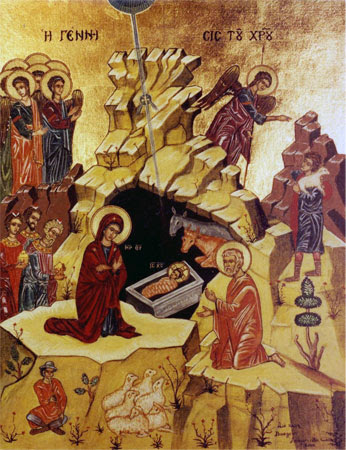