The Order of the Saint-Esprit

My post The Orders worn by King Louis XVI had a problem with one of the illustrations, which I have deleted. The picture of the collars and badges of the Orders of St Michael and of the Saint-Esprit can be found on the website here.

This gives me an opportunity to share some other sources about the Order. There is an illustrated Wikipedia article about it here.

I have also found some more illustrations of the Order's insignia. 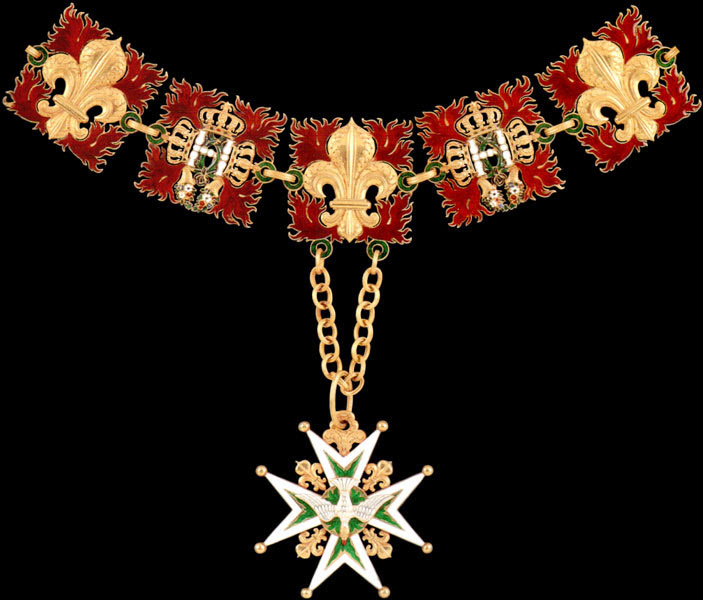 The collar and badge

The Badge of the Order is a gold, ball-tipped Maltese Cross, enameled in white and green, with a gold fleur-de-lys between each arm. In the center is St. Michael crushing Lucifer. The badge hangs from a sky blue riband worn over the right shoulder.

The comments above are from my source Laudem Gloriae (November 2008). I think what is shown is the reverse of the sash badge, whose obverse had the Holy Dove on it. It clearly refers to the linked Order of St Michael
In the Hermitage in St Petersburg is the mantle and costume worn by Emperor Alexander I in 1815.

On 25 August 1815 three sovereigns of countries belonging to the anti-Napoleonic coalition - Emperor Alexander I of Russia, King Frederick William III of Prussia and Emperor Francis I of Austria - were initiated into the Order. The costume that Alexander I wore for the ceremony retained traditional features dating back to the 16th century. The colours of the costume had a symbolic significance: green stood for "honour, love and gallantry"; orange represented the sun and gold. The decorative edging of the black velvet mantle has a pattern incorporating a motif of tongues of flame, trophies, fleur-de-lis and the letter H (for Henri III) framed by crowns. The largest motif - the trophy - is appliquè work made up of solid metal plates, flat pieces of foil, sequins, silver and gold threads. The brocade doublet and hose are decorated with silver thread embroidery and sequins. 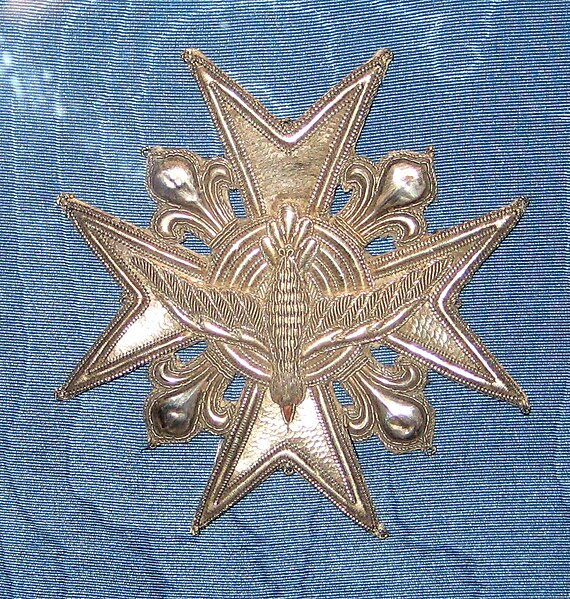 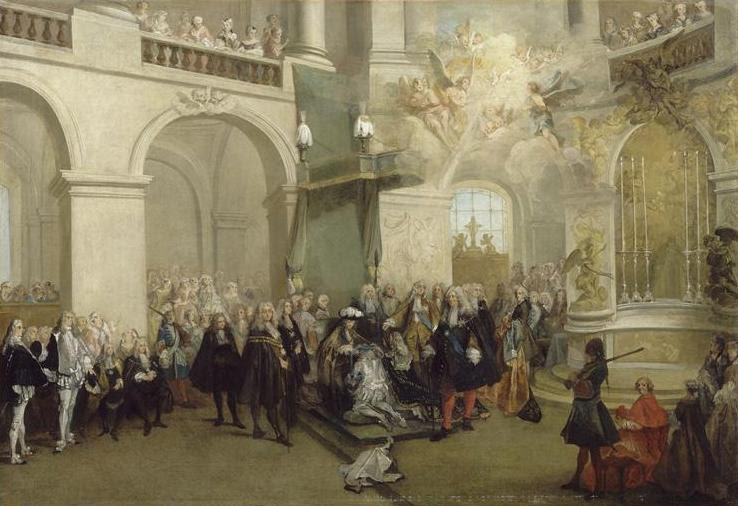