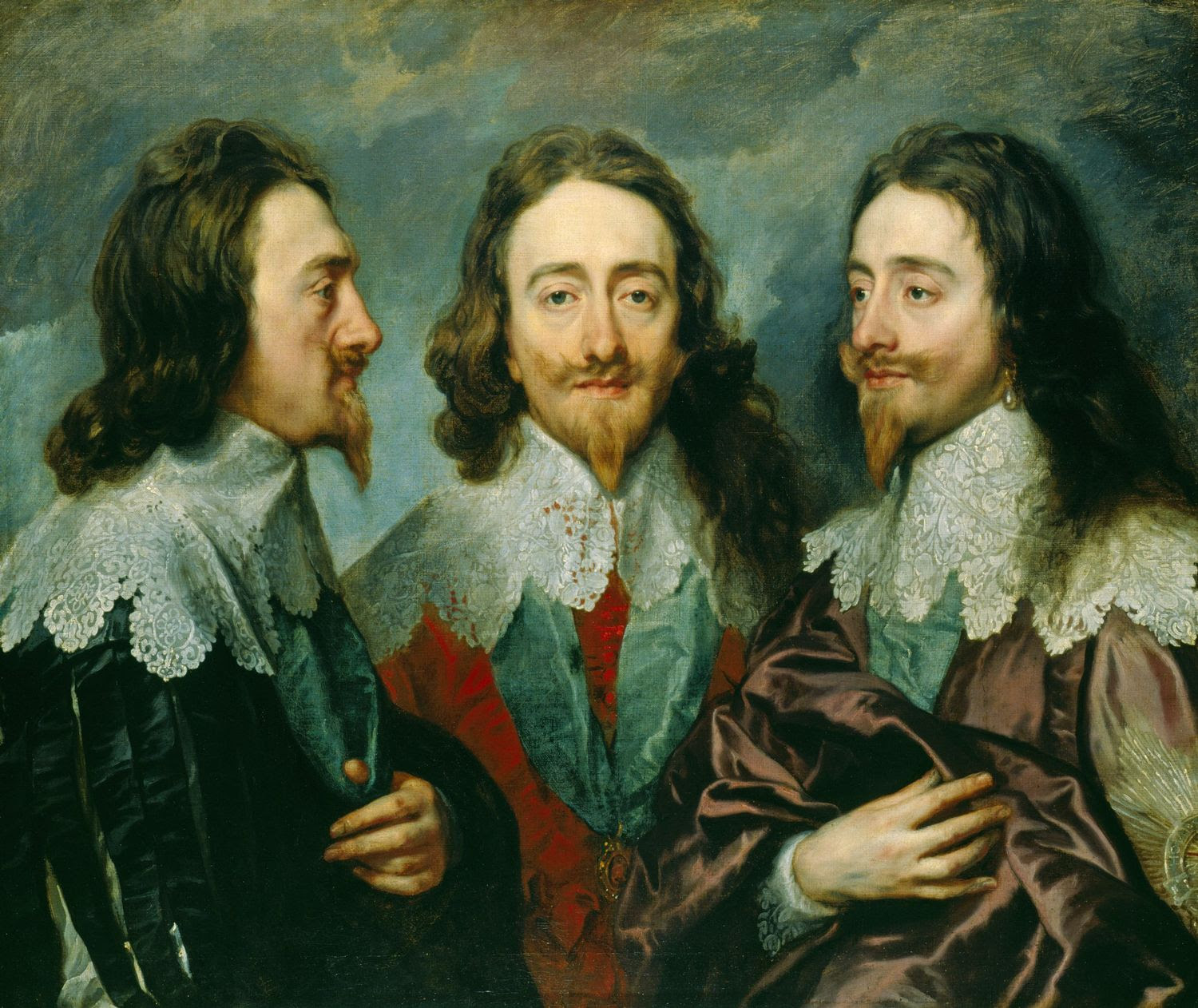 Photo:Wikipedia
Today is, of course, the anniversary of the beheading of King Charles I in 1649.
As a King Charles was not without his failings. He could be remote and intransigent, and had a knack of doing the wrong thing with disastrous consequences, whilst convinced of his own probity and rectitude. This was to include actions which could be seen as double-dealing. As King he saw himself as above such constraints, and as pursuing the highest of aims.
On the other hand historians now appreciate that some of the policies he and his ministers sought to pursue in the period of personal rule were genuine attempts to deal with the problems of a system that was in need of overhaul, and in which vested interests were opposed to his plans.
The opposition that came together by the end of the 1630s and brought all three of his kingdoms to civil war eventually overwhelmed the King, despite a courageous resistence on his part and that of his supporters.
His real stature appeared in adversity, above all in his trial and death.  Single-handed he stood for the rule of law and the traditional institutions of his kingdom against a revolutionary body whose sole claim to authority was force. Pride's purge had robbed the remaining Commons of real moral or legal authority.
In bringing the King to trial they thought they could resolve the problems the nation had suffered, and pin the blame on him, and the institution he personified. The King's constant request to know by what authority they were trying him, his point that if he was not safe in his rights then no-one else was, and his point that Sovereign and Subject are "clean different thing" did not save his life, but they saved the principle he embodied. Just as he could have bartered away episcopacy in the Church of England for a settlement so he could havenegotiated away the prerogatives of the Crown. His stubborness cost him his life, but safeguarded the basis of constitutional authority. In those senses he is a martyr for legitimate authority and tradition in the governance of the realm. That is how he presented himself in Westminster Hall and on the scaffold. That was to be his ultimate, personally costly, victory.
The memory of the Royal Martyr, preserved by the restored Church of England, with its special service on this day which was only removed from the Book of Common Prayer in 1859*, was a huge influence on the fathers of the Oxford Movement. As with Archbishop Laud's witness the defence of traditional authority was paid in blood. That ensured the survival of a church system that could find new life and vitality in a less violent age.
The King's view of his responsibility before God for the Church in his lands may not have been Catholic, but it was open to the Catholic world as it had not been for almost a century, and was not to be again for another two.

I wonder what will happen with the development of the Ordinariate to the Society of King Charles the Martyr.  This society has always drawn upon the Anglo-Catholic community and it will be interesting to see how many members move into communion with Rome. I see nothing inimical in honouring a King who died defending a vision of the Church of England not unrelated to a Catholic position, and who received the loyal support of his Catholic subjects. Several of its patrons are Catholics. Some members of SKCM however may consider that the Martyr King represents an exclusively Anglican tradition with which they will find it hard to break.
* A few years ago a friend revived the January 30th service in Oriel. For those of us who were present it was, well, memorable...
Posted by Once I Was A Clever Boy at 10:45

the hamster of harris manchester said...

I think we need a post on the Oriel experience. You shouldn't tease your readers like that!

I was there, too. Let's just say it involved a full-bottomed wig.