Today is the 725th anniversary of the death in 1290 at Harby on the borders of Nottinghamshire and Lincolnshire of  Queen Eleanor of Castile, the first wife of King Edward I. 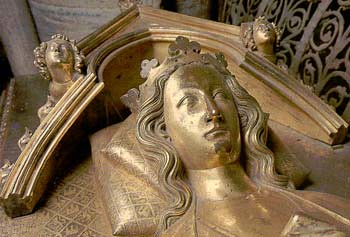 Recent research has suggested she may not have been as universally popular as later historians have written, but the King mourned her in an impressive and commemorative way.

Her body was embalmed at Lincoln and her internal organs buried in the Angel Choir of the cathedral. The original monument was destroyed when the cathedral was vandalised in 1643, but a nineteenth century reconstruction, based on a seventeenth century drawing of the original, now occupies the site.

The viscerial tomb of Queen Eleanor in Lincoln Cathedral
Between the arms of England are those of the County of Ponthieu, of which she was the heiress and the Kingdom of Castle and Leon

The places where her body rested on the journey to Westminster were marked by the erection of memorial crosses, of which three survive, at Geddington, Northampton and Waltham. These were close to the monasteries where the Queen's body rested on its jorney to London. These have inspired many later monuments, not least the 'Martyrs Memorial' in Oxford - a nice irony as it is just the type of thing Latimer and Ridley liked to destroy. Originally all of them would have been painted. 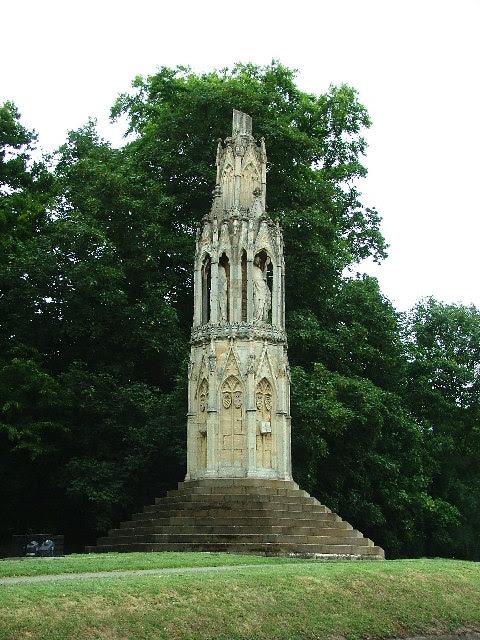 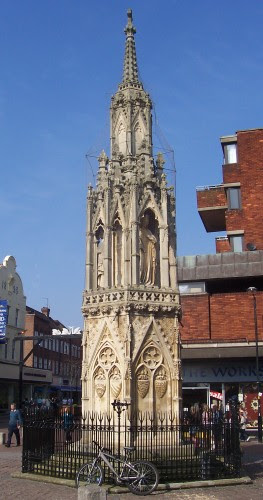 There is an online account of all the crosses, their fate and what, if anything, remains of the others as well as of copies of them at Eleanor cross.

This pattern of memorial crosses derived from those erected in France to mark where the body of St Louis rested on his corpse's return to St Denis from Tunis.

The last of these crosses was the original Charing Cross - now reproduced in a Victorian reconstruction outside the eponymous station - and thus linked to her burial in Westminster Abbey, where her body rests under the effigy shown above. 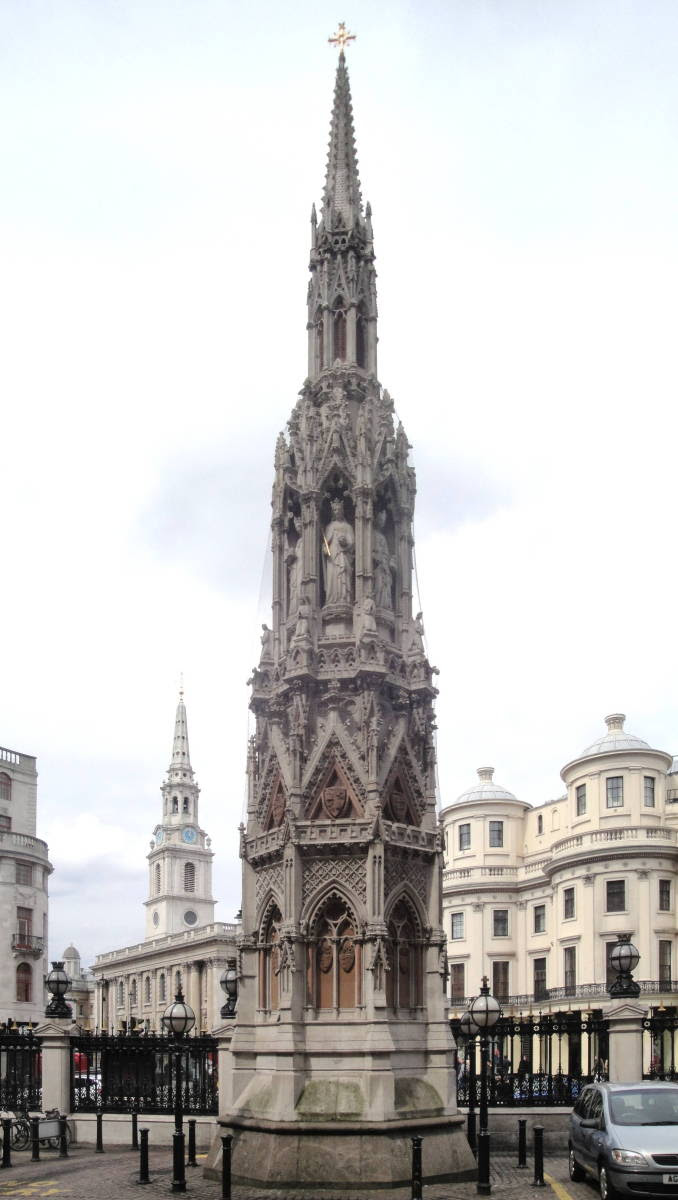 Image:victorianweb.org
Her nephew, Master James of Spain - an illegitimate son of her brother - lived in Oxford and was the man who gave the house called 'la Oriole' to the House of Blessed Mary the Virgin in Oxford, thus giving it the name of Oriel, in 1329. A condition of this was that Queen Eleanor was made, in effect, a posthumous honorary Fellow, and was to be prayed for by the College. One of my achievements as a Bible Clerk at Oriel was to get her name restored to the list of Benefactors, whence it had slipped at some time or other.

As to Master James - well I have post coming fairly soon about him, and the lastest theories about his parentage and career.