It was on November 12th 1555 that there occurred the death of Bishop Stephen Gardiner of Winchester. A key figure in the story of the English reformation he is often depicted as the arch-reactionary and as " Wily Winchester ".This view is, I consider, less than fair to him.

There is an online account of his life at Stephen Gardiner and the Oxford DNB life by C.D.C. Armstrong can be read at  Gardiner, Stephen 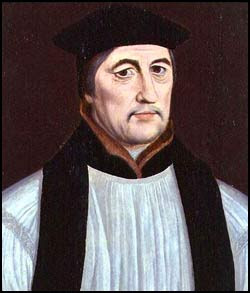 
My own particular interest in the life of Gardiner comes from reading Glyn Redworth's splendid biography of him In Defence of the Church Catholic an published in 1990. Unfortunately the book is now out of print. It is one I highly recommend both because of its insight into the period but also, as I have written before on this blog, because when I read it in the spring of 2004 it effectively demolished my belief in the existenc eof astable Henrician Anglo-Catholicism that could be seen as underlying or feeding into the Church of England. Rather it was a case of everything being provisional and utterly dependent on the whims of the King and court and church faction. That demolition job on one remaining part of my Anglo-Catholicism led a few months later to my realising that Rome was and is the answer. So, in away, Bishop Stephen Gardiner helped to make me a Catholic.

By coincidence I saw Glyn, whom I met several years after reading the book, in Oxford today, but did not have time to remind him of the appositeness of the anniversary.