Five centuries ago, on November 18 1515, Cardinal Thomas Wolsey received his red hat at the high altar of Westminster Abbey from the hands of the three other Archbishops who had celebrated the Mass - Archbishop William Warham of Canterbury and the Archbishops of Armagh and Dublin - the former was John Kite, later Bishop of Carlisle and a political ally of Wolsey, and about whom there is a brief online biography here, and thelatter being William Rokeby, about whose chantry I posted last August in St Oswald's Church Kirk Sandall.

It is claimed that following this ceremony Warham, who was never to become a Cardinal, as might have been expected, never managed to have his Metropolitan Cross borne before him again whilst Wolsey lived, being outranked by him.

What is believed to be Wolsey's Cardinal's hat was on show earlier this year in the Picture Gallery at Christ Church, the Oxford college the Cardinal founded in 1525. The hat is normally kept in its Strawberry Hill display case in the College Library.

The Cardinal's Hat on display in Christ Church Library

The English College in Rome has a rather florid and not, I suspect, overly accurate, nineteenth century painting of the ceremony, and which is reproduced on the dust-jacket of Nicholas Schofield and Gerard Skinner's The English Cardinals 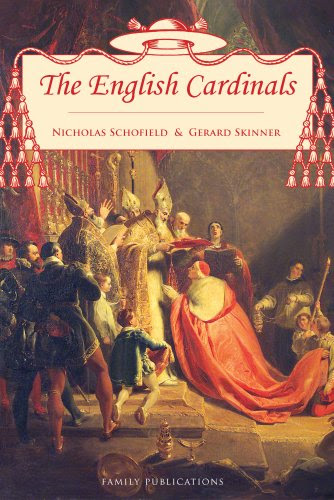