Regular readers will know that there is a travelling bust of St Philip, made in Seville for his five-hundredth anniversary year, which has been travelling around the Oratories of the world. We had been expecting it some time ago, but heard that it was delayed, somewhere between Maastricht and Alcala de Henares.
Then, quite unexpectedly, and enormous crate was delivered last week: 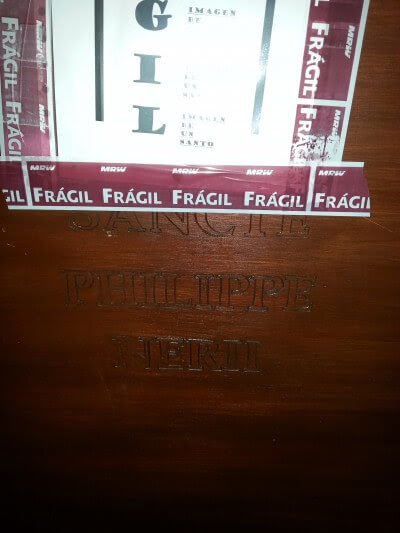 The box took quite a lot of effort and ingenuity to open, but when we succeeded, inside was the bust of our Holy Father. 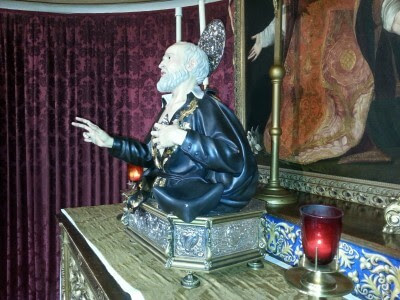 The bust shows St Philip, filled with the Holy Spirit, pointing to his heart, which was enlarged by the Spirit's action. The bust contains a relic of St Philip's body. 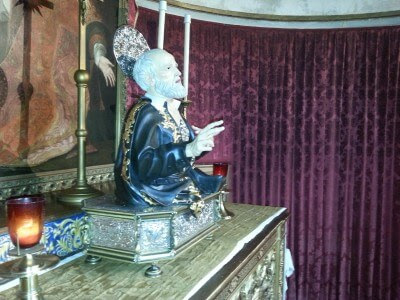 We have put the bust on St Philip's altar to give people the opportunity to pray before it. As to when and where the image will go next: St Philip has a habit of surprising! 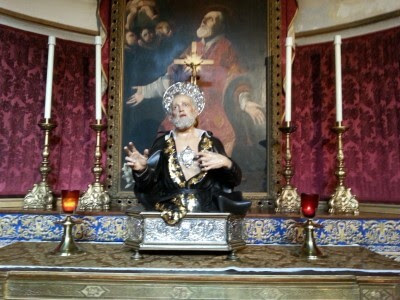 The Clever Boy will add that one person here was inclined to describe the bust as reminiscent of Medallion Man...

Perhaps one should say that the bust may well be as bright and striking as older examples in churches and museums were when they were new.

* A quotation from Bl. John Henry Newman's hymn to St Philip "On Northern Shores our lot is cast" which speaks of the Saint travelling in spirit and in his sons, the Oratorians, to England.